"Polar Lines" Exhibition at the NAC

The "Polar Lines" exhibition was unveiled last November 2nd at the National Arts Centre in Ottawa for the 40th anniversary celebration of Inuit Tapiriit Kanatami.
In attendance were 4 cartoonists whose work can be found in the exhibition.

An interview with cartoonist and "Polar Lines"curator Terry Mosher from NunatsiakOnline: 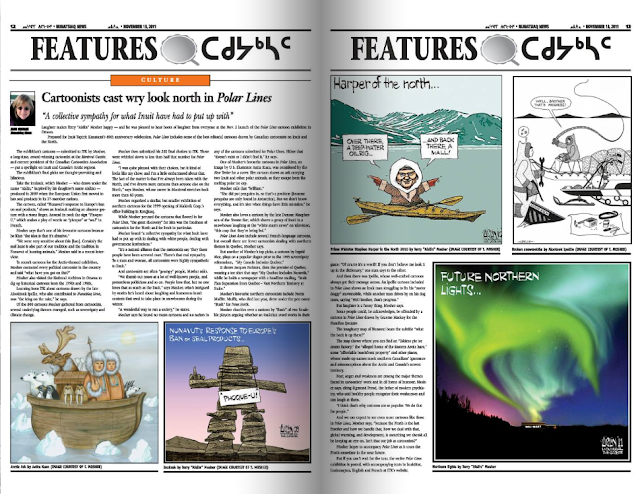