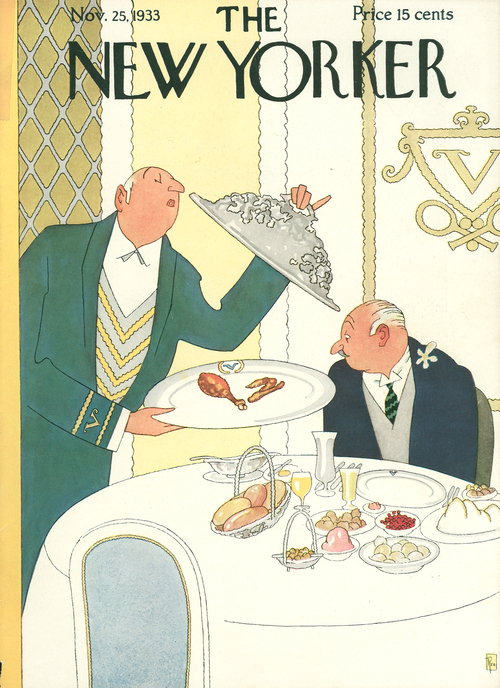 
One of the very first cartoonists to appear in the The New Yorker in 1925, Gardner Rea is yet another among the strangely large number of cartoonists from Ohio. In accordance with his drawing style, any and all information about Rea seems to provide just the most basic outline. Rea lived out the majority of his life in Brookhaven, New York, in a home that he specifically designed to not have a front door. Visitors could only enter through the back, and in many of his obituaries he is noted for standing with his back to you as you spoke- facing a blank wall instead.


But despite this idea of him, Rea was hilarious and an absolute master of line work. His distinguished style of undetailed illustrations with a singular spot-black and total command of design and shape were the least of his contributions- at one point he was writing up to 40 gags a week for other cartoonists like Charles Adams and Helen Hokinson.

Rea attended East High School in our beloved Columbus, Ohio, and came here to The Ohio State University for his undergraduate degree. He edited the campus humor magazine, and is noted to have proudly won a prize from the Serious Poetry Committee and the Humorous Poetry Committee for the same poem. His cartooning career launched at age 15, when he sold his first cartoon to Life, and appeared occasionally in Judge and Puck later.


Possibly Rea’s most distinct feature was his wiggly lines, for which we love his quick explanation: “nobody will catch on when I’m senile.”