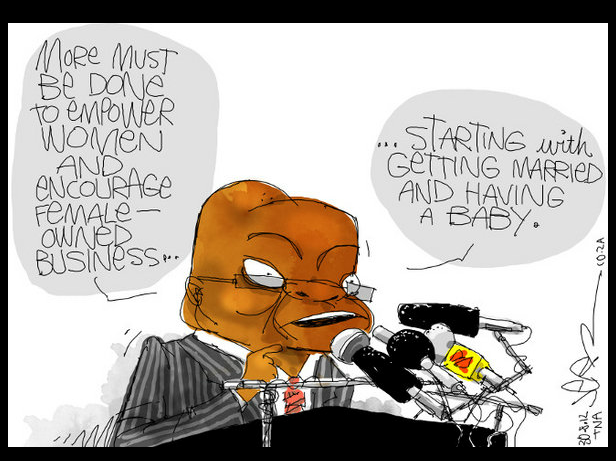 
Read the Transcript
The text below is a phonetic transcript of a radio story broadcast by PRI’s THE WORLD. It has been created on deadline by a contractor for PRI. The transcript is included here to facilitate internet searches for audio content. Please report any transcribing errors to theworld@pri.org. This transcript may not be in its final form, and it may be updated. Please be aware that the authoritative record of material distributed by PRI’s THE WORLD is the program audio.
Marco Werman: I’m Marco Werman, this is The World. In the new South Africa, as we still call it nearly 20 years since the end of apartheid, political satire is serious business. So the news that a national newspaper founded just a few years ago has terminated the contract of it first-ever political cartoonist has many people crying foul. The World’s cartoon editor Carol Hills is with me. Carol, what’s going on here, what’s the story?
Carol Hills: Well, it’s a young cartoonist, youngish, he’s 33. He goes by the pen name Jerm, his real name is Jeremy Nell. He’s a fabulous cartoonist, a really interesting visual style, and he’s been on contract with this newspaper, The New Age. It was founded just a couple years ago. Interestingly it’s funded by the Gupta brothers, these very influential Indian immigrants who are involved in lots of business deals. And Jerm was let go, and the reason was that his cartoons are not in alignment with the mission and goals of The New Age. And he was their inaugural cartoonist, the first one they hire, he’s there for a couple years, and now he’s gone. I just tried to search his cartoons on The New Age and it came up with zero. They’ve gotten rid of his cartoons already.
Werman: Erased the whole archive. So what kind of political issues did Jerm draw about for The New Age and what specifically annoyed somebody?
Hills: Well, it’s sort of hard to parse out. He was tough on everybody. He’s tough on the ANC, he’s tough on Zuma, he’s tough on the Gupta brothers. 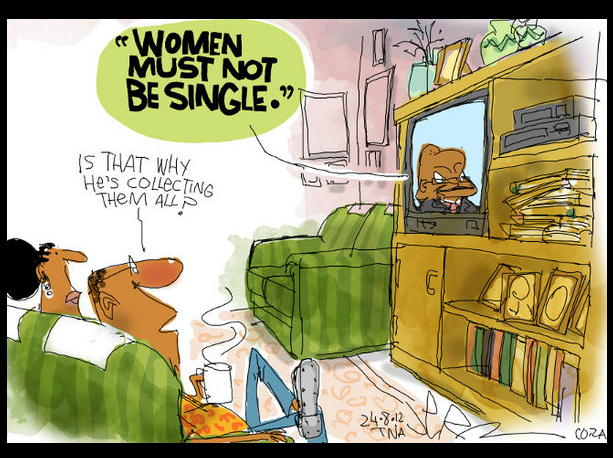 Werman: Jacob Zuma, the president of the ANC party, the ruling party.
Hills: But he’s tough on unions, he’s tough on a lot of things that the ANC holds dear, a lot of things that Jacob Zuma holds dear, but he’s also clever and does things on Lance Armstrong, or the guy who just broke the sound barrier, on the latest iPhone. He does a lot of social satire and political satire. So it’s a combination of things. 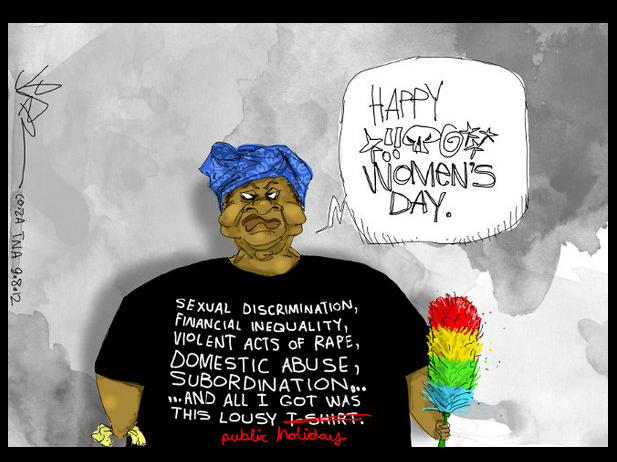 Werman: What does the cartoonist Jerm think about all this?
Hills: Well, I called him today and he’s not completely surprised. He said he’s gone through a series of editors at The New Age. The paper is only a couple of years old, and he worked well with several editors. The latest guy came on a month ago, and Jerm said he was still trying to find his feet. But he says it’s kind of absurd that a paper lets go of an editorial cartoonist, a political cartoonist, for having political views. He’s not shocked. He has other clients, but this is his only political cartoonist gig, so he’s hoping to get another one.
Werman: Carol, what kind of relationship does this newspaper, The New Age, have with the South African president Jacob Zuma?
Hills: Well, the newspaper is owned by these three Indian brothers, the Gupta brothers. They immigrated to South Africa after the end of apartheid. They’ve struck huge business deals, many of them involving the government. Some of Zuma’s family members have benefitted from the Guptas, they have jobs with them or they’re involved with investments with them. One of his wives actually works for a company owned by the Guptas. Today, it was interesting, Zapiro, a cartoonist you know of, I’ve talked about him a lot, he’s South Africa’s most famous cartoonist, he did a cartoon in support of Jerm today and what’s funny is that the cartoon shows applicants for the vacancy in the cartoonist’s post at The New Age. They’re lined up, there’s sign in front of them that says, ‘Qualifications: draw well, see the glass half full, not required to think.’ 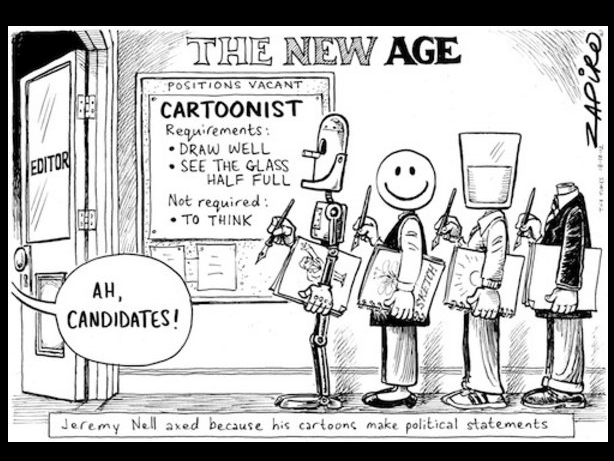 Werman: I love it. Good old Zapiro. And you can see a bunch of cartoons that Jerm did for The New Age, including the final one he submitted about the Red Bull sponsorship of daredevil sky-space-jumper Felix Baumgartner who broke the sound barrier last weekend. And that Zapiro cartoon Carol described just a moment ago. That’s all at TheWorld.org. Carol, as always, thanks for chatting with us. 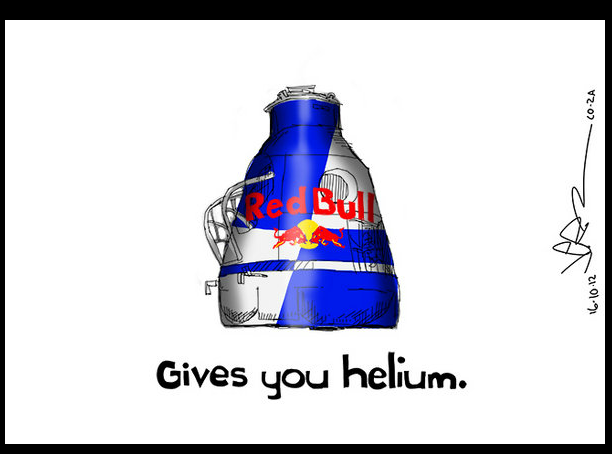 Hills: Thanks, Marco.
Copyright ©2012 PRI’s THE WORLD. All rights reserved. No quotes from the materials contained herein may be used in any media without attribution to PRI’s THE WORLD. This transcript may not be reproduced, in whole or in part, without prior written permission. For further information, please email The World’s Permissions Coordinator at theworld@pri.org.