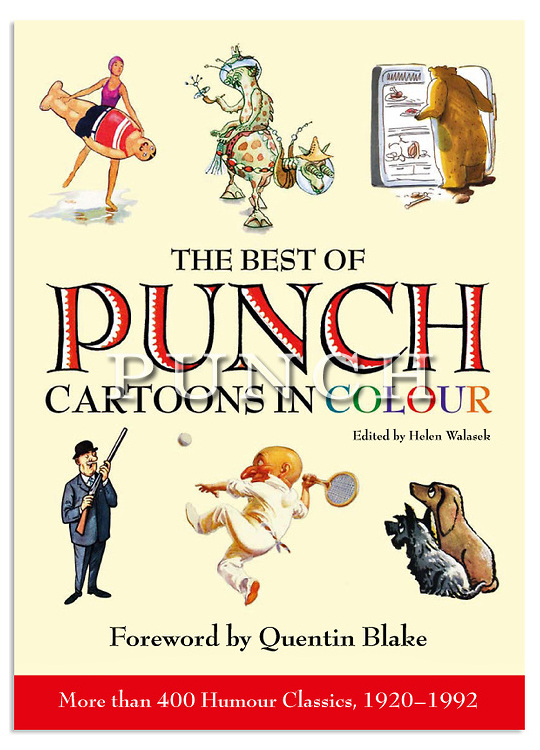 Oh, all right then … it has long been a bone of contention amongst cartoonists with respect to how important the actual drawing of a cartoon is. Many will argue that a good gag will carry a poor drawing but a poor gag is still a poor gag no matter how brilliant the draughtsmanship. Others will claim that a cartoon’s artwork is paramount, being the vehicle by which the idea is transported (and why would anyone trust the delivery of their finest ideas to the unreliability of drawing’s equivalent to a clapped-out K-Reg Ford Transit?) As to whether a cartoon needs colour, that is a further development of this debate.

Whichever side of the argument you stand, I am pretty confident that the contents of this volume will delight you, comprising, as it does, an abundance of the whimsical humour that Punch was (is!) famous for and some really wonderful, full colour artwork, ranging from a classic 1924 Bateman full page colour cartoon through to the poignant cover of the final issue of the “real” Punch magazine, by Holte (Trevor Holder).

The cartoons themselves include some you may have known and loved for many years, but the real treasure of this book is the abundance of Punch colour cartoons that have never been published since their original appearance in the magazine. When Alan Coren, as Editor, introduced the full front-cover gag cartoon, in the late seventies, many of us younger (then!) contributors thought large format colour gag cartoons were something entirely new to the magazine. This book shows how wrong we were.

To the seasoned Punch cartoon enthusiast, the book holds a few other surprises, too. By the nature of the collection, some of Punch’s most notable contributors are nowhere to be found. Bill Tidy, Larry (Terry Parkes), Chic Jacob, masters of the black and white cartoon with only a relatively few outings into the broader spectrum of colour are, for once, absent from a Punch cartoon collection. I remember a conversation with Larry, many years ago, when he told me he didn’t really see the point of colour in a cartoon, though he did, I recall, relent sufficiently to produce one Punch cover. I think the point of colour in a cartoon is probably that same pleasure derived from any icing on the cake. Whilst it may not be absolutely necessary, it can, nevertheless, delight.

Finally, as with its sister volume, The Best of Punch Cartoons, this is a substantial volume (not really one for your Kindle!) and the contents often chronicle the historical and social events of the times. So if you need an excuse, other than pure and joyful entertainment, to be observed reading this tome, you can always fall back on that one.

Oh, and one more thing …

Anyone who believes cartooning is not real art should absolutely not open this book unless they want their illusions shattered irreparably!


Editor adds: You might care to visit the Punch Magazine Archive.

from Ronald Searle Tribute by Matt J
Helen Walasek has put out another handsome collection of past cartoons from the Punch magazine archives -this time a fine selection of colour work including several Searle covers and his 'Heroes Of Our Time' series. 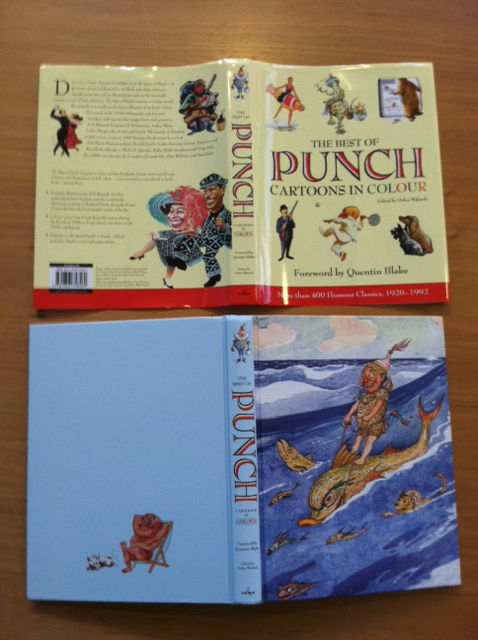 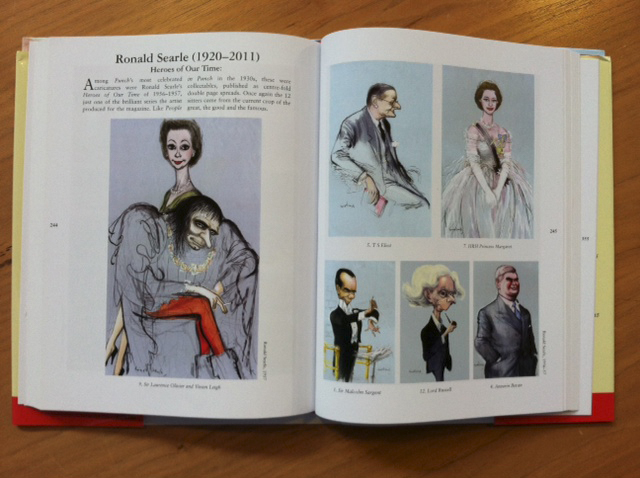 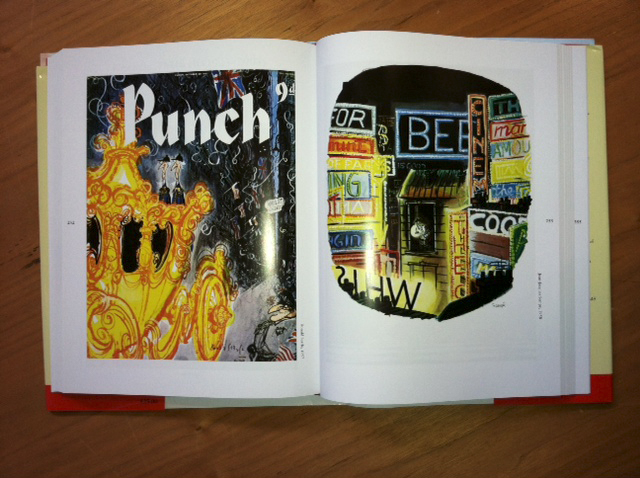 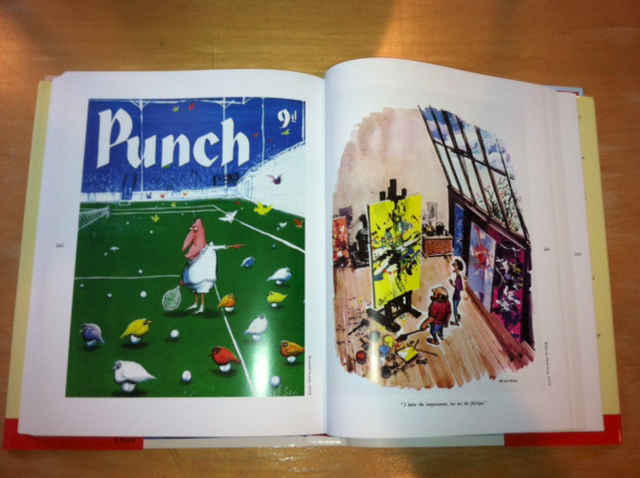