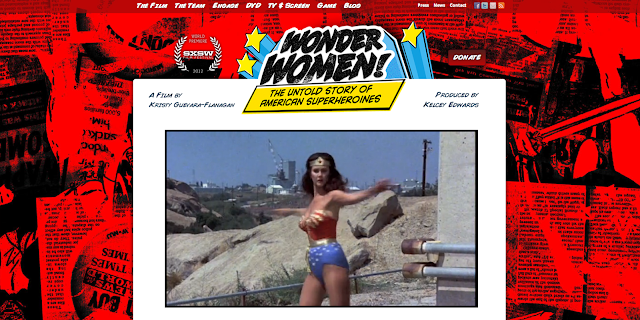 WONDER WOMEN! The Untold Story Of American Superheroines traces the fascinating evolution and legacy of Wonder Woman. From the birth of the comic book superheroine in the 1940s to the blockbusters of today, WONDER WOMEN! looks at how popular representations of powerful women often reflect society’s anxieties about women’s liberation.


WONDER WOMEN! goes behind the scenes with Lynda Carter, Lindsay Wagner, comic writers and artists, and real-life superheroines such as Gloria Steinem, Kathleen Hanna and others, who offer an enlightening and entertaining counterpoint to the male-dominated superhero genre.


WONDER WOMEN! THE UNTOLD STORY OF AMERICAN SUPERHEROINES will have its television broadcast premiere in the United States on PBS’s Independent Lens series on Monday, April 15, 2013, at 10 PM. Check your local listings to confirm the time and date.

For a complete list of participating PBS stations and broadcast times, searchable by zip code, see this ITVS website.
Published by Bado at 4:00 AM