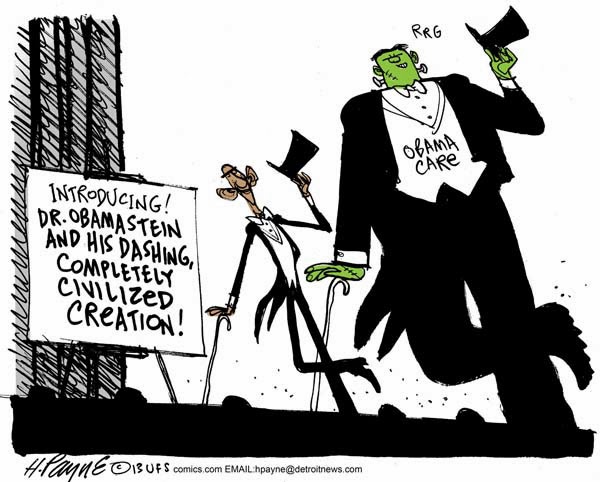 The award-winning Henry Payne has drawn his last local editorial cartoon for the Detroit News, ending a celebrated tradition of cartooning at the paper that goes back decades.


Payne remains on the paper’s staff as a writer for the editorial page. And he will continue drawing cartoons on national and international issues for the United Feature Syndicate, and some of those cartoons will appear in the News. 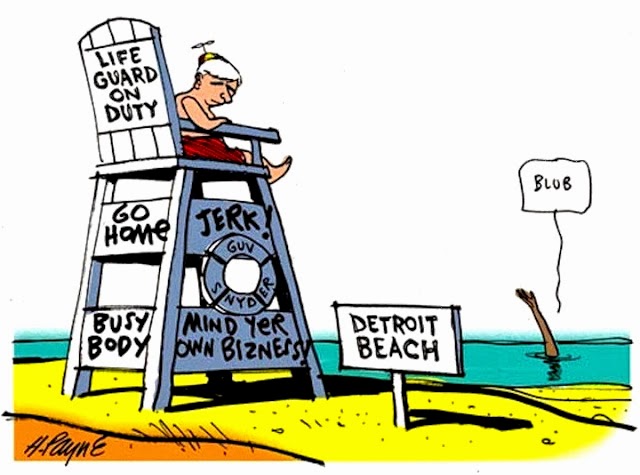 But nothing about Detroit; no Gov. Rick Snyder wearing a nerdy propeller beanie or Kwame Kilpatrick in prison garb or Matty Moroun "jailed" behind the vertical cables of his Ambassador Bridge. 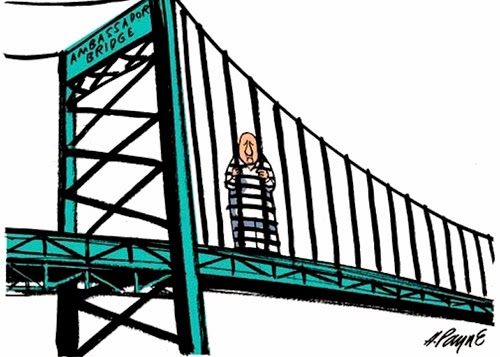 Payne was a victim of the ongoing cutbacks at Detroit’s two daily newspapers as they continue to lose print circulation in an era of expanding digital journalism.

(The political cartoonist for the Free Press is Mike Thompson.)

“I won’t be doing any local news cartoons,” Payne said Thursday. “It’s just economics. They needed to make cuts; I’m one of the casualties.

Jon Wolman, editor and publisher of the News, said in an email:

“A recent restructuring prompted a reduction in our editorial cartooning, but we'll be drawing from syndicated work provided by Henry and other artists.”

Payne was unique among editorial cartoonists at American papers in that he also worked as a writer and his politics are conservative. He has been a frequent guest on local radio and TV shows, and he has written for the Wall Street Journal, National Review and the Weekly Standard.

“It’s a liberal business,” Payne said, referring to newspapers. “It’s the same for cartoonists. Only a handful are conservative.”

In the years before Payne, 51, arrived at the News, in 2000, the paper had two well-known cartoonists, Draper Hill and Larry Wright. Hill was a leader among American editorial cartoonists and a historian of the craft; he wrote a biography of Thomas Nast, the famous 19th Century cartoonist.


The website for the Association of American Editorial Cartoonists contains numerous reports of cartoonists being laid off or jobs eliminated after retirements or the closing of papers.

Matt Wuerker, staff cartoonist at Politico and president of the cartoonists' association, said like many journalists these days, professional cartoonists are sometimes freelancers and not employed by a newspaper.

"That's certainly been the trend for the last ten years or so," he said.

Wuerker estimates there are about 50 staff cartoonists working for papers today. Twenty years ago there were about 200.

"If you include the freelancers, the numbers of pro cartoonists doing political cartoons is closer to 100. They're reaching a bigger audience than ever before if you add newsprint and web views. They just don't get health insurance."

Born in Charleston, West Virginia, Payne began drawing cartoons at Princeton University, where he earned a degree in history.

At the News, Payne also has served as editor of the paper's Politics blog, which features 20 Michigan-based commentary writers. He founded and edited The Michigan View.com, an online opinion site for the News that ran from 2010-2013, with the work of 30 writers.

In a column on the site Thursday, Payne took up the subject of the government shutdown. He wrote in the first paragraph:

In his typical smash-mouth political style, President Obama might yet snatch defeat from the jaws of shutdown victory with more petty, pain-inducing, lock-the-kids-out-of- White House-tours-style stunts like shutting down the WW2 memorial. Still, this week should have belonged to Republicans.
Payne describes himself as a small-government conservative.

"I don't like pols regulating journalism, medical insurance, or abortion," he said. "Some call that libertarian, but Ron Paul makes my skin crawl."
Published by Bado at 4:00 AM