Lori Hinnant of The Associated Press. 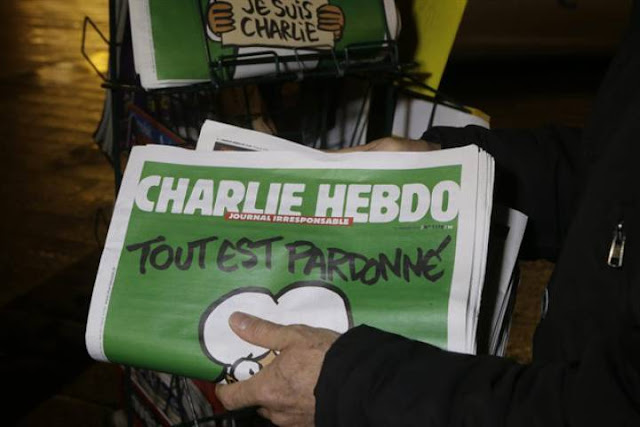 Charlie Hebdo, the satirical newspaper whose staff was decimated by Islamic extremist gunmen and then beset by internal tensions over an unexpected influx of donations and readers, said Wednesday it will turn over all the money to victims of the three days of attacks in January.

A pair of French-born brothers killed 12 people – most of them journalists – during an editorial meeting on Jan. 7. The publication was targeted for its caricatures of the Prophet Muhammad. The three days of attacks, co-ordinated with a third man targeting a kosher supermarket and policewoman, left a total of 17 dead before the gunmen were shot to death in police raids.

Suddenly flush with cash from donations and a global readership, the weekly saw high tension among surviving staff, in large part over the money. After a handful of prominent departures and new arrivals, it has largely returned to its original mission of skewering politics, religion and other institutions with its usual mix of profanity, obscenity and raw humour.

In a statement Wednesday, Charlie Hebdo said it would turn over nearly 4 million euros ($4.4 million) from 84 countries, and that the French government had appointed an oversight committee to determine how the money would be redistributed in coming weeks.

Among those deeply affected by the attacks were not just the families of the dead, but also people taken hostage and wounded in a supermarket, as well as the printer whose company was shut down after the brothers holed up there for hours.
Published by Bado at 11:01 PM