Susan Ferrier Mackay in The Globe and Mail.


Editorial cartoonist Merle (Ting) Tingley’s most famous creation was a whimsical worm named Luke. In 1948, the jaunty, pipe-smoking invertebrate wriggled off the tip of Mr. Tingley’s bored pen and into the middle of a highly technical drawing.

Mr. Tingley neglected to erase the doodle, which appeared in the final blueprint. It was the end of his apprenticeship as a draftsman. “Oh well, I didn’t want to be a draftsman anyway,” Mr. Tingley wrote in a piece called Worm-ography, a foreword to one of nine books of his cartoons.

From 1948 to 1986, Mr. Tingley met the challenge of providing The London Free Press with a daily drawing that provided commentary on news and offered his insights into public affairs and human foibles. A contest was held for readers to name the worm that appeared in every one of his cartoons. Luke Worm, whom Mr. Tingley variously called a gimmick, a personal whim, and his mascot, was the winner. 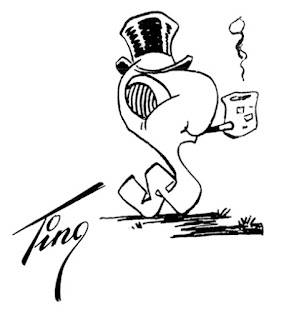 “He may be small, he may be hidden, but he’s there,” Mr. Tingley wrote. “He just tags along for the ride, although occasionally he’s called upon to take the leading role and is used to drive home a message through his antics, or comments.”

Readers, especially younger ones, took great delight in searching out Luke Worm. Once, when Mr. Tingley forgot to include him, the switchboard at the newspaper lit up with calls demanding to know where the worm was. The Tingley family even received calls at home.


Short of stature, with a roly-poly physique and spindly legs, Mr. Tingley dressed up as Luke Worm for London’s Santa Claus parade. He wrote, “Luke, like his creator, took on middle-aged spread at an early age.”

In recent years, the Ting Comic and Graphic Arts Festival, also known as Tingfest, has been held in his honour in London each spring. It features workshops and exhibitions of work by comic and graphic artists from the region.

With his cartoons eventually syndicated in more than 60 daily and weekly newspapers across Canada, Mr. Tingley was sufficiently famous for his mascot to extricate him from an embarrassing financial situation once when he was away from home.

Being slightly absent of mind, and prone to forgetfulness, Mr. Tingley found himself at a bank in Vancouver minus his wallet. He urgently needed to withdraw money from his account. Without identification, the teller wouldn’t process his request.

(Editor's note: the bank manager was a London native and Ting had given a talk to her school when she was younger.)

Recognition also came in other ways. Mr. Tingley was awarded the National Newspaper Award for editorial cartooning in 1955 and was inducted into the Canadian Cartoonist Hall of Fame in 2015.

It was no small honour that John Diefenbaker contributed a foreword to one of Mr. Tingley’s books. The former prime minister (1957-63) wrote, “His cartoons reveal him to be a kindly person who loves people while recognizing their shortcomings. He looks at life philosophically and without cynicism and he never wounds. As the subject matter of his cartoons, from time to time, I have always admired his wit and wisdom and enjoyed the shafts of his satire.”

Until retirement, Mr. Tingley was a member of the Association of Canadian Cartoonists, a group with fewer than 40 members who meet every two years.

Terry Mosher, also known as Aislin, one of Canada’s most renowned cartoonists, didn’t know Mr. Tingley well, but remembers him being quite a character at the cartoonist convention. After a couple of drinks, Mr. Tingley would take out his harmonica and serenade the group.

Asked to describe the common characteristics among cartoonists, Mr. Mosher said, “You have to be plugged in, and able to meet a deadline.” He added “There’s also the particular frustration of working for an editor who might not ‘get’ what you’re doing.”

Mr.Tingley’s own insight into his profession was that an editorial cartoonist has the whole world to play with. He wrote, “Any symbol or gesture a political satirist can hang on a subject is played for all it’s worth. Churchill’s cigar and de Gaulle’s nose have been depicted as everything from darting torpedoes to frosty mountain peaks.”

But then he declared “All is not lost. There’s still [Pierre Trudeau’s] flower power. That’s not too important to running a country, I guess, but it adds a pretty salad to a cartoonist’s daily dish.”

Mr. Tingley once noted that some symbols, such as the teddy bear – a soft toy inspired by a 1902 Clifford Berryman cartoon depicting U.S. president Teddy Roosevelt with a cuddly bear cub – don’t die with their creators. 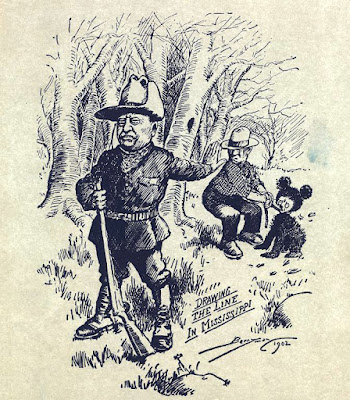 Alas, this was not to be for Luke Worm. He died along with Mr. Tingley on June 4, in a veteran’s unit at Parkwood Institute in London, Ont. Mr. Tingley was about a month shy of his 96th birthday.

While Mr. Tingley admired cartoonists such as Ben Wicks, who could make their point with the stroke of a few simple lines, his own work was detailed and time consuming.

“To me, there’s so much history in the detail of my Dad’s cartoons. The flavour of the times and all the little details are quite important which is why they have value as historical documents,” Cameron Tingley said.

His father’s cartoons, which now reside in archives at the University of Western Ontario and at Library and Archives Canada in Ottawa, represent a lifetime of painstaking work.

A colleague of Mr. Tingley’s at The London Free Press wrote, “It’s an unforgettable experience to hear him groan as he sketches, erases, rejects and starts all over again. To watch him race the engraver’s deadline is to witness an epic struggle between artistry and necessity.”

“Dad’s hearing was never good. In early days, the TV or radio was always blaring. Eventually we got him a radio headset with an antenna so he could listen to current events while he was unloading the dishwasher, or doing some other chore without driving the rest of us crazy,” his son said.

“As a child, if I got up in the middle of the night I’d see him in bed reading Maclean’s magazine. He constantly had to keep up with what was going on in the hopes of something juicy that he could have fun with – even when we were on vacation.” 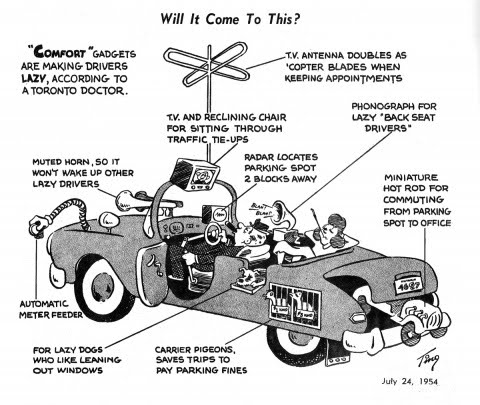 Mr. Tingley’s cartooning career began during the Second World War. He was assigned the position of official cartoonist for the Canadian army magazine Khaki and the overseas army newspaper The Maple Leaf. This Doggone Army, a comic strip he created, poked fun at army culture and aimed to lift the spirits of enlisted men and women.

Once the war was over, having lost his drafting apprenticeship, Mr. Tingley crossed Canada on an old motorbike unsuccessfully seeking cartooning work at various newspapers. On the way back from the West Coast, he stopped in London where a friend said he could get him a menial job at The London Free Press.

Being broke, he agreed. When an editor happened to see a cartoon Mr. Tingley had drawn of London’s mayor during an election for city council, the job of editorial cartoonist was his.

Merle Randolph Tingley was born in Montreal on July 9, 1921. His father, Hartley Amos Tingley, ran a large machine shop that manufactured parts for army vehicles. His mother, Edna Blanche dabbled in modelling for Eaton’s catalogues and kept house for Merle and his younger sister, Joyce. The family was not rich but neither did they struggle.

One weekend, during his years at The London Free Press, Mr. Tingley accompanied some co-workers to Grand Bend, on the shores of Lake Huron. Scanning the beach with binoculars, he spotted Dorothy Gene Rowe with some of her girlfriends.

Cameron Tingley describes his mother, known as “Gene,” as being as much of a character as his father. He says both were humorists. “My mother’s humour focused on the individual, whereas Dad’s humour tended to look at the larger picture.”

Mr. Tingley leaves his son Cameron; daughters-in-law, Laurel and Sheila; and grandson, Hayden. He was predeceased by his wife, Gene, and son Hartley.

Whether his subject was the lack of downtown parking spaces, kids tracking mud through the house, or a lazy husband, Mr. Tingley frequently found humour in the commonplace. “Cartoonists thrive on troubles,” Mr. Tingley wrote. “Your [interfering] mother-in-law is the marmalade on my bread and butter.”

"The Civic Blessing and Inspiration of Ting" in The London Yodeller.
Published by Bado at 12:00 AM