Why Newspapers Need to Invest More in Political Cartoons 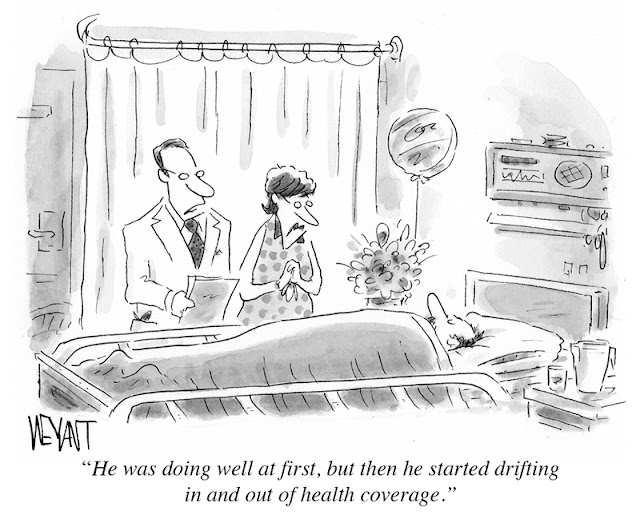 After an era marked by downsizing and low morale, many newspapers are experiencing a rebirth of their journalistic vigor thanks to the campaign and subsequent election of Donald Trump as president.

While the mission of watchdog journalism has been renewed by the Trump administration’s war with the press, there has been a notable absence of an important form of political satire long associated with newspapers that doesn’t appear to have benefited from a Trump bump.

Political cartoons, once a staple of newspapers that were as popular with readers as they were hated by those in power, have all but disappeared from the online offerings of many media companies ensconced in the brutal transition from a print-centric world to a digital-first mission.

Those media companies that do have editorial cartoonists remaining on staff, less than 30 by my count, largely relegate their work to less-trafficked internal pages of their websites, seemingly for no reason other than a lack of any idea how to properly utilize them.

That’s something Chris Weyant is trying to better understand. A cartoonist by trade, Weyant’s work stretches across the publishing world in many forms. He draws gag cartoons for the New Yorker, produces award-winning children’s books with his wife, Anna Kang, and is an accomplished political cartoonist who spent 15 years skewering Washington’s elite in the pages of The Hill. 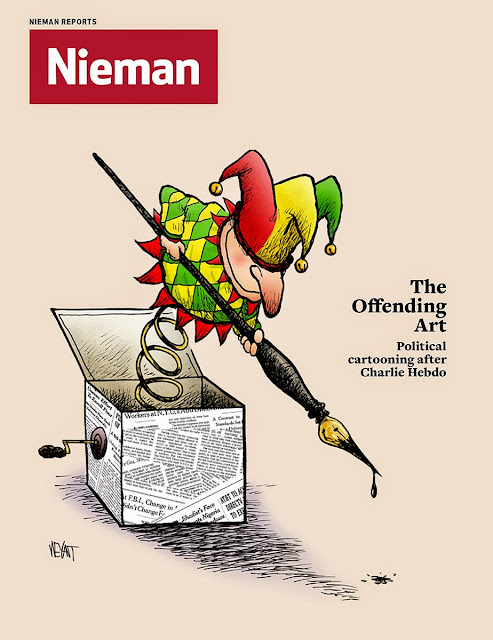 Weyant is a year removed from participating as a Nieman Fellow, just the second cartoonist accepted into the prestigious journalism program in its nearly 80 years of existence. He left his wife and two kids in New Jersey and spent a full year at Harvard, taking classes, speaking with fellow journalists and editors and trying to tackle a question in the forefront of his mind: Why aren’t political cartoons more popular online?

“It just didn’t seem to make sense,” Weyant said of the lack of interest in digital political cartoons at newspapers with a history of cartooning. “The internet is a visual medium, so it seems obvious cartoons could be an important asset to journalism’s evolving digital business model.”

Not surprisingly, Weyant didn’t find much scholarly focus on political cartoons. In a way, it mirrors a major problem cartoons face getting traction at many publications –most editors are writers, and have a hard time understanding the importance of visual journalism, or how to best utilize it.

It’s actually a problem Weyant experienced first-hand while at The Hill, where his cartoons were barely an afterthought on the newspaper’s website. Quickly, Weyant devised a new strategy that involved a cropped version of his cartoon appearing on the website’s homepage, and quickly traffic to his work rivaled the top offerings presented on a daily basis.

It’s a trend he also discovered at other publications, like the New Yorker, which feature cartoons on their homepage. According to traffic numbers Weyant has been studying, readers that enter a publication’s website through a topical cartoon tend to spend 25 percent more time browsing the site than they do entering through any other type of content.

“They stay so much longer and go so much deeper when they click a cartoon versus any other type of content,” Weyant said. “That’s an amazing metric of real reader engagement.”

Weyant thinks this makes the case that cartoons should be featured more prominently on the homepages of news organizations and in their social media offerings, where a funny and engaging cartoon can act as a soft landing spot in an otherwise off-putting news cycle. 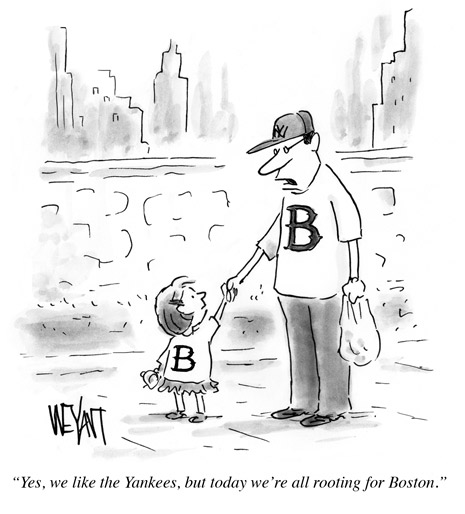 “The world is a goddamn mess, with one news story being more horrible than the next,” Weyant said. “But cartoons can cut through that, and once you get someone into your content, they’re more likely to be exposed to the great journalism you have to offer.”

Of course, not all media companies have ignored the potential cartooning has to offer their digital pages.

Politico is one of the leading digital publishers in the country, yet their sole Pulitzer Prize was awarded for the political cartoons drawn by their staff ink slinger, Matt Wuerker. Politico smartly features Wuerker’s work on their highly-trafficked homepage, and in addition to his daily drawings, Wuerker posts a round-up of the nations best cartoons each week, which is always among the sites most highly-trafficked and highest engaging pieces of content.

Over at the Los Angeles Times, two-time Pulitzer Prize winner David Horsey combines his daily political cartoons with a full column, giving the paper the best of both worlds in terms of commentary. The columns also helps traffic in two important ways—they drive up engagement time on Horsey’s cartoons and help drive search-engine traffic through the important use of keywords.

Then there are cartoonists like Jen Sorensen, whose was a Pulitzer finalist this year for her work in a variety of publications. Sorensen has done long-form cartooning for a number of publications, breaking down complex stories into an engaging form of storytelling that looks more like a comic book than a piece of journalism.

This allows Sorensen to explore subjects that are often off-the-radar for newspapers, who prefer to stick with more traditional journalism topics. One comic Sorensen drew for Fusion that quickly went viral focused on the story of a friend who told her about the time she was drugged and raped back in college.

“We couldn’t specifically name who her assailant was. So we just told her story,” Sorensen told the Nieman Journalism Lab. “I did have to be meticulous about it and make sure I got the facts right and was quoting her correctly. I would say that was a journalistic effort, but it’s a little different from, say, when we had someone go out and report on the California marijuana industry.”

So what’s stopping more media outlets, especially those with cartoonists already on staff, from experimenting and leveraging this unique content?

“I think it’s just atrophy,” Weyant said. “Thanks to layoffs, editors are busier than ever, and it means they have less time to devote to things like cartoons, which they don’t really understand anyway.”

Weyant’s hope is to finish amassing data from media organizations that do feature political cartoons and publish a report outlining some best practices, in the hopes that editors might realize that cartoons, done properly, can be an important component to a digital content strategy that values reader engagement.

“It’s personally edifying for me to be doing this research,” Weyant said. “But the larger part would be adding something useful to the conversation to convince editors of the opportunities having unique cartoons could provide them.”
Published by Bado at 12:00 AM