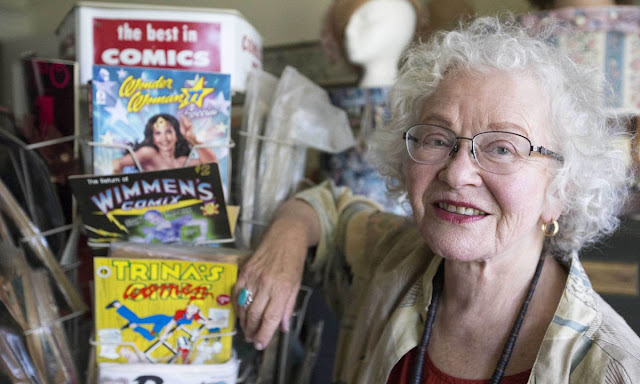 Trina Robbins is the artist behind 'The Legend of Wonder Woman,' which envisioned the amazing Amazon with a female focus.


As the screen lit up at the premiere of Wonder Woman at the Pantages Theatre in Hollywood last month, a woman in the audience cried out, “I’ve been waiting for this my whole life!” to laughter and applause.

Trina Robbins, the first female artist to draw a Wonder Woman series, was inside the venerable venue. “I thought, you know what? Me, too,” Robbins said. “And, I think, most of the women here, and many of the guys, too.” 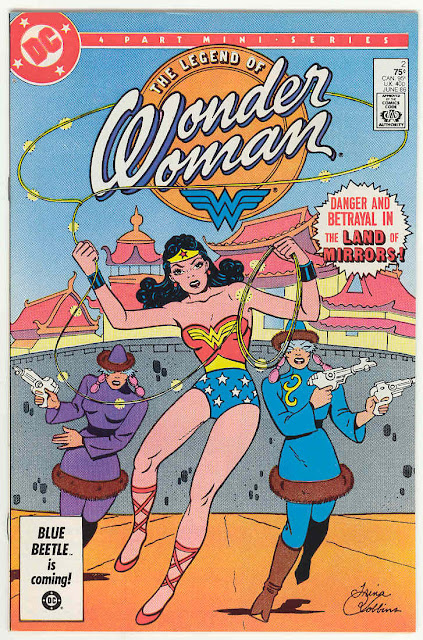 It was Robbins who brought the female force for good back to her origins, as first envisioned by Wonder Woman creator William Moulton Marston. “When DC [Comics] asked me, ‘How would you like to do a series of four Wonder Woman comics?’ I said, ‘Well, I’d like to set them in the Golden Age,’ and they said okay.

“In the beginning, Wonder Woman had Amazon training, which showed that if you work hard and you train, you can be a wonder woman, too. But as the comic progressed, they started giving her weird powers, like they allowed her to fly, and I didn’t like that. She wasn’t that kind of superhero. Thankfully, in the movie, she doesn’t fly. Oh, she’s an amazing Amazon, all right. She can do all kinds of leaps and flips, but it’s more like in a Chinese action movie where the heroes are fabulous human beings.”

Robbins’ Wonder Woman uses only her magic lasso, weaponized cuffs, and super-strength to battle evil queens, mindless warriors, and other villains to save the little girl they threaten.

The girl in the pink pinafore looks an awful lot like photos of Robbins when she was growing up in New York City, devouring comic books and science-fiction, then immersing herself in fantasy classics like JRR Tolkien’s The Lord of the Rings.

All the while, she drew the characters and lush worlds she imagined.

“I was the school nerd, basically,” Robbins recalls.

As soon as she graduated in the 1960s, she took her school’s Art Medal and ran to Greenwich Village, and was soon drawing for fanzines and the counter cultural East Village Other.

But she also expressed her creativity through bohemian clothing she made for Donovan, David Crosby, Mama Cass, and others.

She became friends with Jim Morrison and Roger McGuinn and other members of the Byrds, and yes, she is the Trina who “wears her wampum beads and fills her drawing book with line” in Joni Mitchell’s song “Ladies of the Canyon.”

But then there was a sea change in the world of comic books. “Comics had been really dull stuff for little kids for a long time,” Robbins muses. “Just kind of wooden characters. And suddenly, Marvel and DC started given characters depth — you had Spiderman with teen angst. It was revolutionary. It was really great stuff to college students and to hippies, which I was by then.”

Robbins’ early “nerd” erudition and drawing chops would lead her not only to join the underground comics movement — but to lead it, with a lot of firsts. 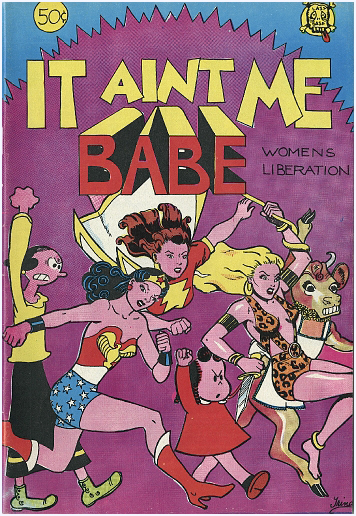 Besides being the first female ever to draw a Wonder Woman series, Robbins produced the first all-women’s comic book, It Ain’t Me, Babe Comix, in 1970. She was the first to create a comic book featuring an openly gay character, “Sandy Comes Out,” published by Wimmen’s Comix, an anthology she co-founded and which ran for 20 years.

But she found the underground comics world “highly misogynist,” and forged a new path as arguably the preeminent historian of women cartoonists going back to the 19th century.

She’s written 12 books about female comic artists and their female characters, including Nell Brinkley, who drew exquisite Art Nouveau drawings of flappers, and even made Eleanor Roosevelt look glamorous, and Rose O’Neill, who created the Kewpie doll, and Dale Messick, who conceived Brenda Starr, Girl Reporter. 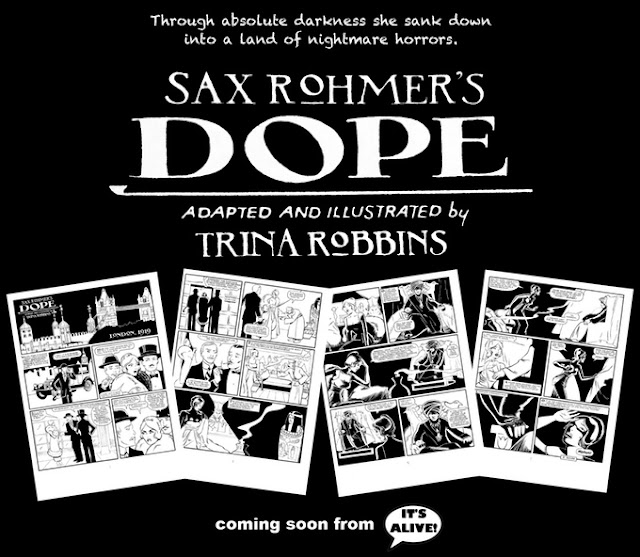 Robbins, who’s lived with partner Steve Leialoha in San Francisco for 40 years, isn’t slowing down. She has transformed Sax Rohmer’s 1919 mystery Dope, filled with delicious characters like “Mrs. Sin” and various opium-smoking aristocrats, into a noir graphic novel, which will be published in September by Drew Ford’s It’s Alive! imprint at IDP Publishing. 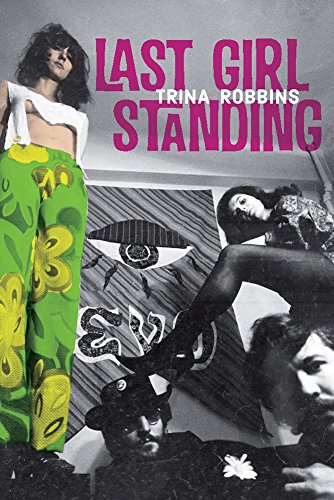 Robbins’ memoir, Last Girl Standing, will also be published in September by Fantagraphics.

Will we hear more about the nature of her relationship with Jim Morrison? “That’s in my memoir,” Robbins says coyly. “You’ll have to read it when it comes out.”