From the Committee to Protect Journalists. 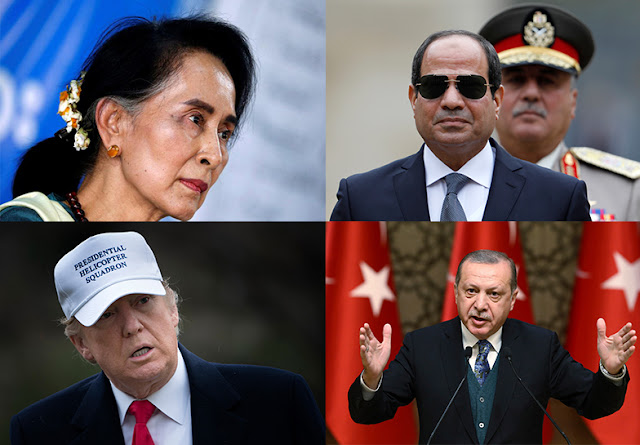 Amid the public discourse of fake news and President Trump's announcement via Twitter about his planned "fake news" awards ceremony, CPJ is recognizing world leaders who have gone out of their way to attack the press and undermine the norms that support freedom of the media.

From an unparalleled fear of their critics and the truth, to a relentless commitment to censorship, these five leaders and the runner-ups in their categories have gone above and beyond to silence critical voices and weaken democracy.

Most Outrageous Use of Terror Laws Against the Press

The complete article here.
Published by Bado at 12:00 AM