Robert Sikoryac in The Globe and Mail. 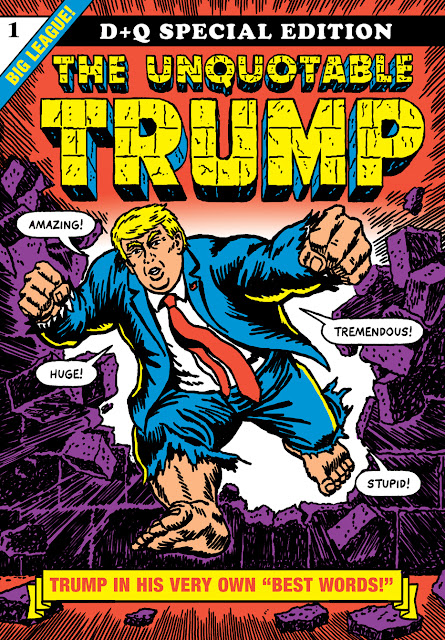 The idea for The Unquotable Trump came to me in early November, 2016, just a few days before the election.

I was so exhausted and distressed by Donald Trump's outrageous statements as a candidate that I wanted to say something.

I thought it would be a perfect satirical response to take his actual quotes and put them into parodies of comic book covers, which are so bold and graphic. When he won the election, I felt I had to do it.

When I posted the first images on Tumblr, the response was overwhelmingly positive, and my publisher, Drawn & Quarterly, approached me about expanding the concept into a book. I drew a total of 48 covers over the course of about 6 1/2 months.

Comics can be very stark when depicting good and evil. The medium is capable of being quite subtle and nuanced, but for this series, I'm definitely playing with the type of comics that employ stereotypes and a simplistic worldview, just like Mr. Trump's statements.

It was important for me to only use Mr. Trump's real quotes; I didn't want to exaggerate or change what he said. His over-the-top speeches are right at home on superhero covers. Also, I wanted to capture his rambling, spontaneous, colloquial way of speaking (rather than his Twitter voice) and play that off of the broad comic-book tropes. 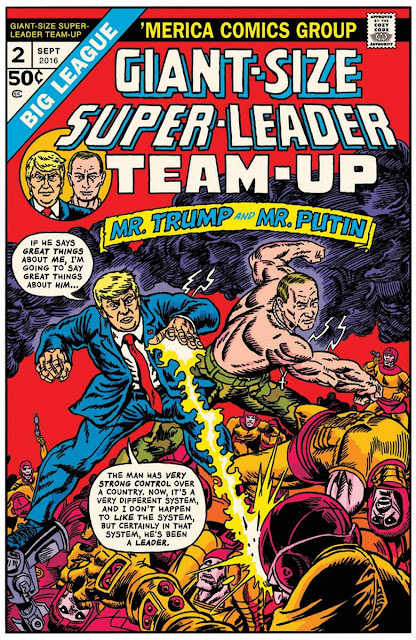 Most of the feedback I've received has been very positive. I actually expected I'd get more backlash, even from opponents of Mr. Trump, in that I'm giving him even more attention. I've read a little of that on Twitter, but I've seen Trump fans pick up the book and laugh at it as well.

I'm not sure what to make of that. In my other comics, I try not to take an overt position, or to editorialize – but I thought in this case it's pretty clear where my sympathies lie!

Many people have asked if I've heard from Mr. Trump, but I highly doubt that he will ever see it unless the right person talks about it on television, preferably on Fox News.