From the Times Free Press.


The Chattanooga Times Free Press editorial cartoonist Clay Bennett was honored in March with the 2018 Thomas Nast Award for the best cartoons on international affairs. The award is presented by the The Overseas Press Club of America.

Now in its 79th year, the Overseas Press Club Awards recognize the finest international journalism in print, broadcast and online news, according to a news release. Award recipients in 22 categories were honored at a banquet in New York City on April 26th. 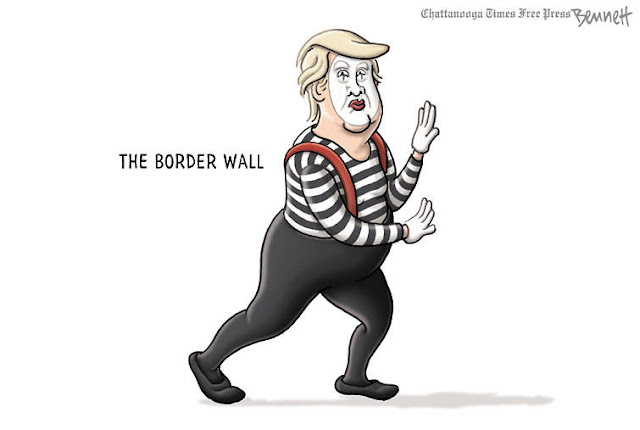 "I feel very honored, if not a little out of place, to be included in such a distinguished group of journalists" Bennett said. "Maybe I'll seem more respectable, if only by association."


This is Bennett's third Thomas Nast Award. He's also received the Sigma Delta Chi Award, the Robert F. Kennedy Journalism Award and the National Headliner Award. Bennett, who won the Pulitzer Prize in 2002, has been a finalist for the prestigious honor a record seven times.


He joined the Times Free Press in 2007. His work is syndicated in about 100 newspapers through the Washington Post Writers Group. Bennett is the cartoonist for the newspaper's Times editorial page.