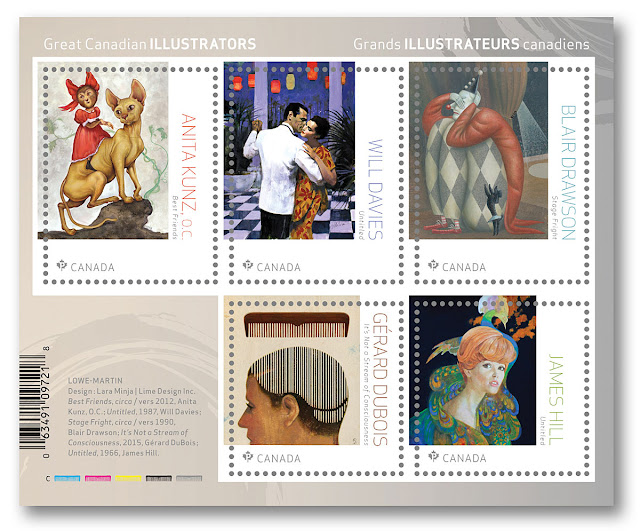 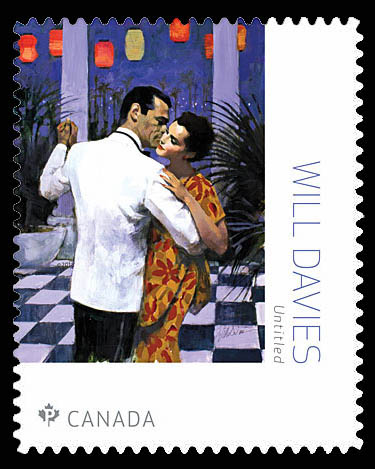 Will Davies, a legend of Canadian commercial art, illustrated more than 500 Harlequin book covers, including the one featured on his stamp. 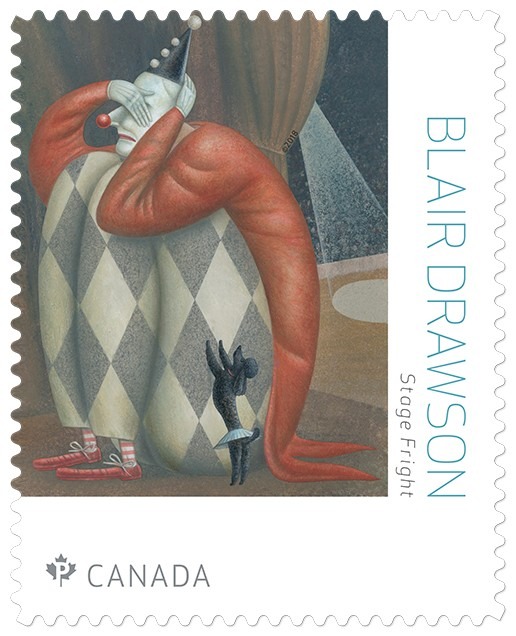 Once an illustrator for many of North America’s best-selling magazines, Blair Drawson now writes and illustrates books. The work on his stamp, Stage Fright, is one of the many magazine pieces he produced. 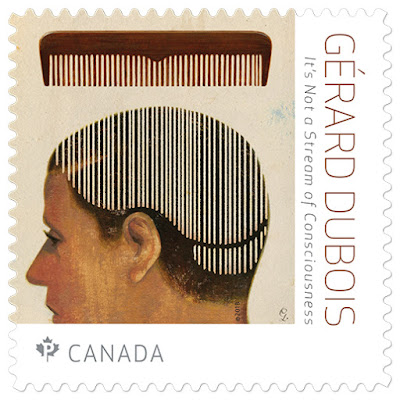 Gérard DuBois has illustrated articles for leading publications in both Europe and North America. His stamp features It’s Not a Stream of Consciousness, a 2015 piece for The New York Times. 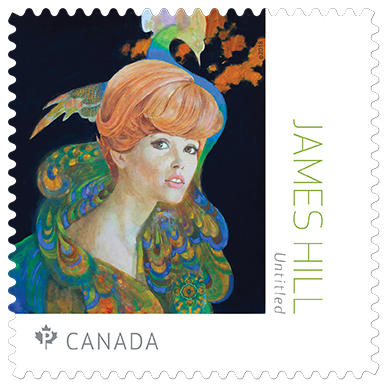 James Hill was one of North America’s most sought-after illustrators between the 1950s and 1970s, producing art for countless books and magazines. The work on his stamp accompanied a 1966 Redbook fashion feature. 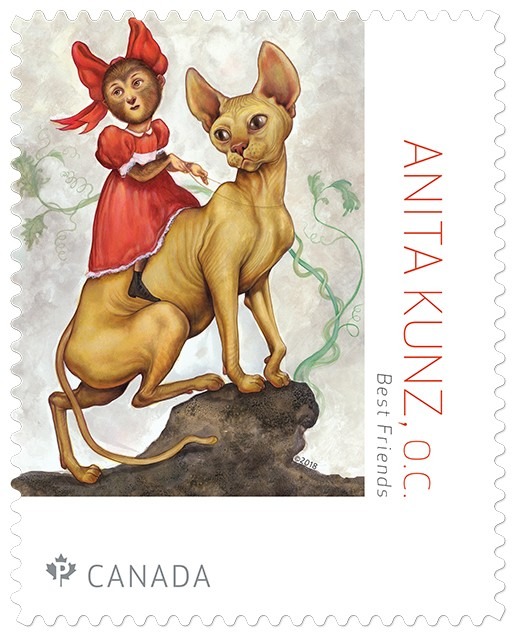 The iconic and internationally acclaimed Anita Kunz is known for her irreverent style. The piece on her stamp, Best Friends, was inspired by her personal concerns about humankind’s impact on the natural world.