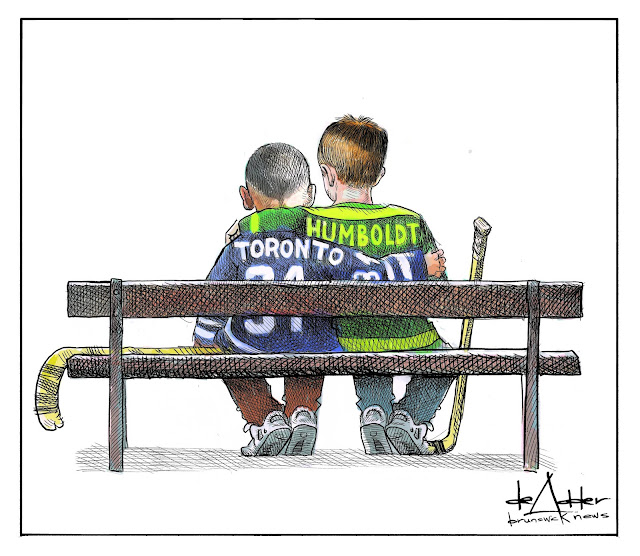 For the second time in a week, a Nova Scotia editorial cartoonist has had his work stolen to profit off a national tragedy.

Michael de Adder's drawing of two hockey players in Toronto and Humboldt jerseys with their arms around each other went online on Tuesday.

Now the image has appeared on merchandise being sold on TeeChip, an online retailer which appears to be based in California, without de Adder's permission. 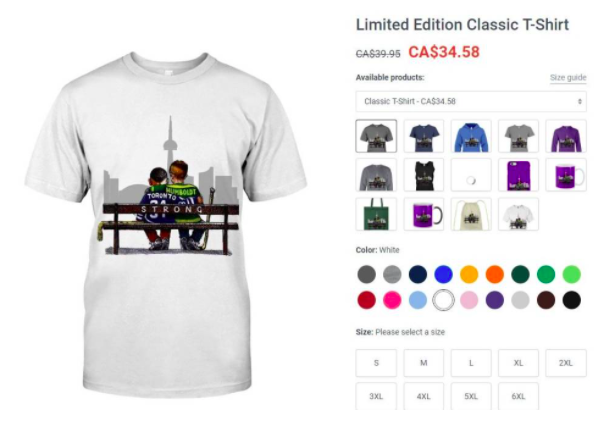 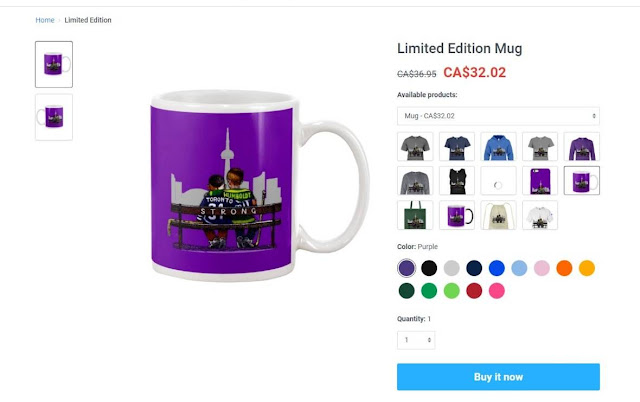 It's on everything from T-shirts selling for $34.58 to coffee mugs, hoodies and bags.

"I think it's in poor taste to actually, you know, make money off of other people's grief," said de Adder, a freelance cartoonist for the Halifax Chronicle Herald, Toronto Star and Ottawa Hill Times whose work is syndicated throughout North America by Artizans.com.

No legal action yet The Australia-based Redbubble.com took his image of Canada's provinces as hockey players holding up an injured Saskatchewan player and put it on T-shirts without his permission. 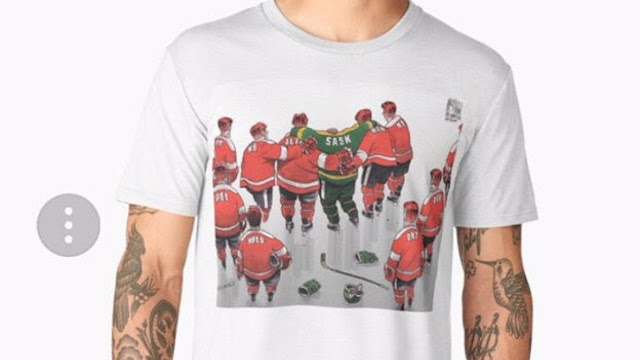 De Adder hasn't gone that far yet, but he placed a formal request Thursday night, as outlined by TeeChip, to remove his copyrighted image.

So far the company hasn't responded to him.

If people come to de Adder looking for prints of images depicting tragic events, the profits are donated to an appropriate organization, he said. 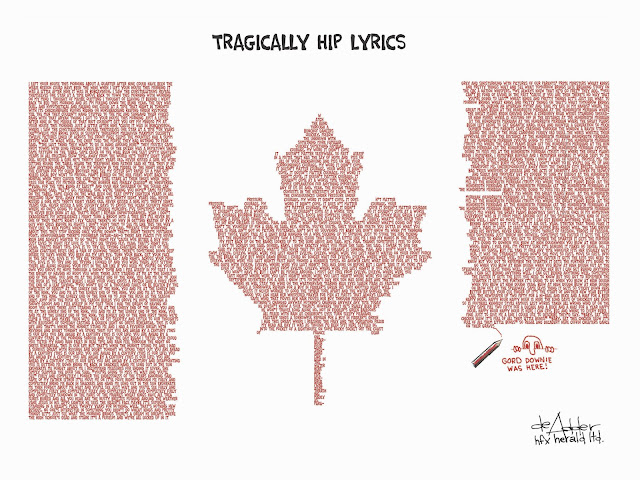 When he drew a picture honouring Tragically Hip singer Gord Downie, he donated $5,000 to the Sunnybrook Foundation, which supports medical research at the Sunnybrook Health Sciences Centre in Toronto.

De Adder said TeeChip had no right to use his copyrighted image and he wants the company to stop using the image immediately.

"They're profiting off of somebody else's hard work. It's the worst kind of thievery," said de Adder.

De Adder said the image was meant to show Canadians coming together after a bus crash involving the Humboldt Broncos Junior A hockey team that killed 16 and a van attack in Toronto that left 10 dead and 15 injured.

He found out about what the company was doing when someone on Twitter spotted the T-shirts and messaged him.

When CBC News emailed the company, it responded within 10 minutes with an email asking that de Adder submit a takedown request to TeeChip's copyright team.

The company did not respond to followup questions asking about its use of the image.

The email also provided a link to the company's intellectual property infringement procedure.

"TeeChip provides an internet-based platform that allows its users to design and sell their own T-shirts and other merchandise. We contractually prohibit our users from designing or selling merchandise that infringes the intellectual property rights of third parties (including without limitation copyright, trademark, and related rights)."

The policy then outlines how someone can go through the multi-stage process to file a intellectual property infringement complaint against the company.

The company's agent listed to receive infringement complaints is listed as being in Freeport, Calif.

The Better Business Bureau lists the company as being based in Los Angeles.

De Adder said companies should respect an artist's work and not make money on it without permission.

"When someone else comes in and takes my work and they in turn make a profit for themselves it's kind of deplorable really," said de Adder. 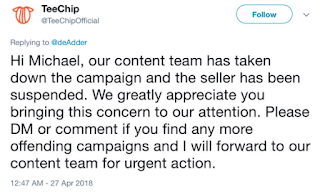