50 Glorious Shows at the Cartoon Museum 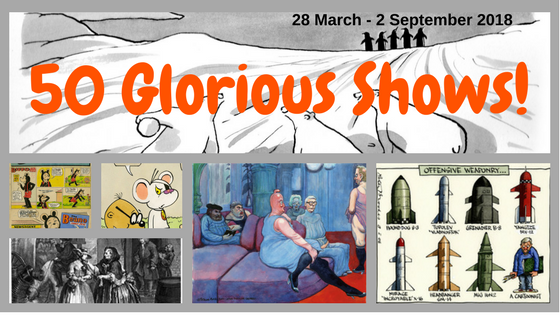 In February 2018, the Cartoon Museum celebrated twelve years at 35 Little Russell Street, during which time it has put on 50 exhibitions of cartoons, comics, caricature, graphic novels and animation.

50 Glorious Shows! is the museums 51st exhibition at Little Russell Street, and features highlights from all the site’s previous exhibitions.

It also showcases many of the wonderful artworks which the museum has acquired for the collection during that period.

50 Glorious Shows! celebrates the world of British cartoons and comics with over 170 original works, many by the past masters of the British tradition of cartooning such as Hogarth, Gillray, Tenniel, Heath Robinson, Pont, H .M. Bateman, E. H. Shepard and Ronald Searle.

For those who love a laugh there are treats by Sally Artz, Larry, Frank Dickens, Mike Williams, Michael Heath, Kipper Williams, Peattie and Taylor, and many great joke cartoonists both past and present. 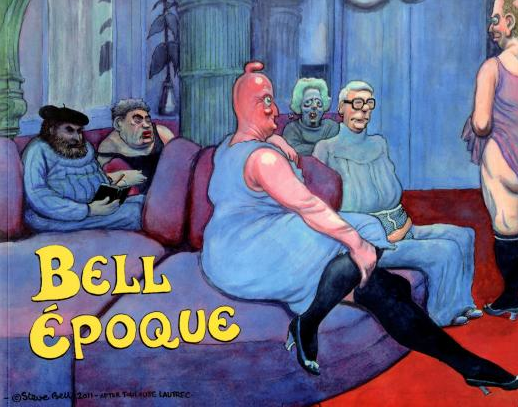 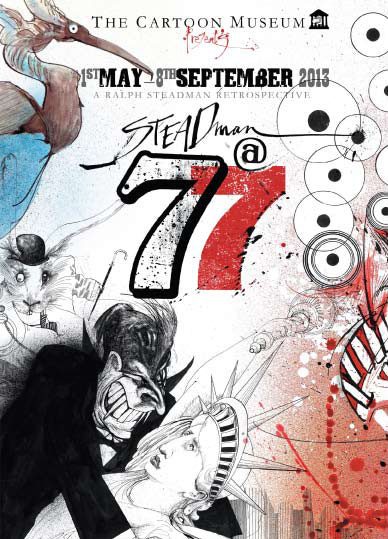 At the heart of political and social satire is great caricature, and the exhibition includes brilliant exponents of the art such as Max Beerbohm, Mark Boxer, Robert Sherriffs and Trog.

Other exhibitions have looked at how cartoons and comics have reflected social, cultural and political changes, including two world wars, the changing face of marriage, the reign of Queen Elizabeth II and our relationship with the demon drink.

One of the most vibrant areas of cartooning and comics is the world of graphic novels, which is represented by a selection of work produced by British graphic novelists over the last twenty-five years.

When the Cartoon Museum moved to Little Russell Street in 2006 the collection numbered about 1,500 original works. It has now grown to 4,200 works.

The museum has only a tiny fund for acquisitions, so the majority of these works have been acquired through generous donations and bequests by artists and their families, collectors, and Friends of the Museum.

It is only with the support of organisations such as the Heritage Lottery Fund, the Art Fund, the V&A Purchase Grant Fund and the Friends and Trustees of the Cartoon Museum that the museum has been able to buy artworks and significantly extend its holdings of rare items such as a Beano cover by Dudley D. Watkins, a Gillray printing plate and the original 1961 advertising poster for the new Private Eye.


We hope that 50 Glorious Shows!, a tempting bouquet picked from the museum’s growing collection, will lure visitors deeper into the delights of the world of cartoon and comic creators, and prepare the ground for future discoveries in this rich field.