" Take That, Adolf!: The Fighting Comic Books of the Second World War" 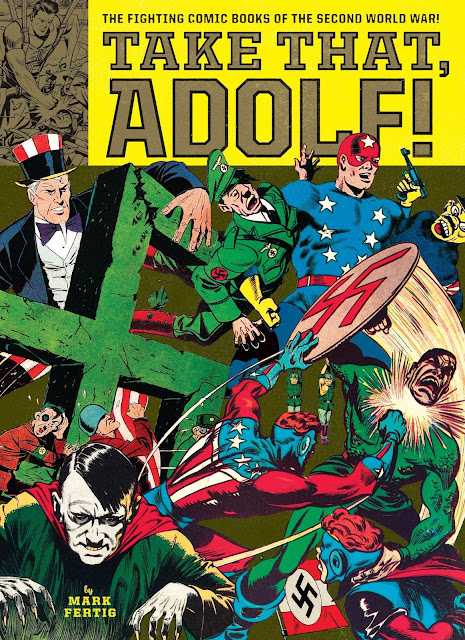 With surprising sophistication, these images reflect the complexities of that global conflict.

Chapters on Building Towards War, She Can Do It!, Pulling Together, Kids Can Fight Too!, In Der Führer’s Face!, and The Birth of Captain America provide a perfect context for the patriotic comic books of the era.

Given our current political climate, this approach to comics seems suddenly relevant.

Take That, Adolf!: The Fighting Comic Books of the Second World War

"Chronicling the Days When Superheroes Knocked Out Nazis" in Hyperallergic.
Published by Bado at 12:00 AM