The cartoon «Freedom of Expression» by Italian cartoonist Marilena Nardi was awarded the Grand Prize of the 13th edition of World Press Cartoon, the annual celebration of humour art in the international press, which opened its doors yesterday at the Conference and Cultural Center of Caldas da Rainha, Portugal.

First prize in the Editorial Cartoon category, the drawing was published in the Barcelona newspaper Illegal Times in December 2017.

Nardi is the first woman to receive a World Press Cartoon Grand Prize. 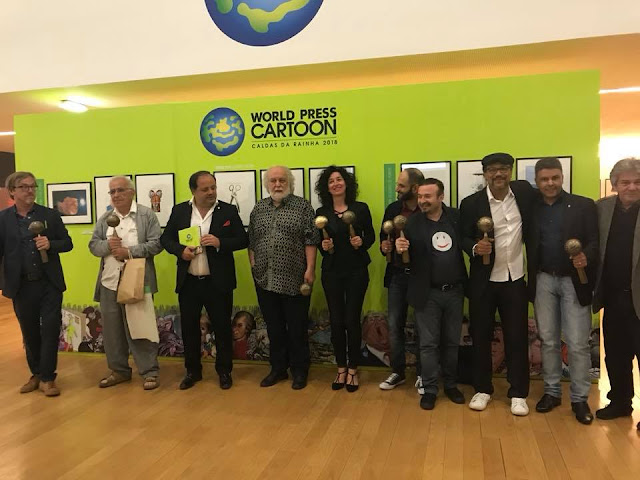 Among the nine winners of this edition, the Italian cartoonist received the highest monetary prize, worth 10 thousand euros.

Still in this category, the jury awarded the 2nd prize to the work «Utopia», by Cau Gomez, from Brazil, published in the magazine Continente, and the 3rd prize to an untitled drawing by Turkish cartoonist Hicabi Demirci, published in the newspaper Pazar.

In Caricature, two winning pieces portrayed US president Donald Trump: one from Luc Descheemaeker, from Belgium, published on the Jyllands-Posten website, and another by Endyck, from The Netherlands, published on the Fenamizah website.

The third prize for a caricature of Robert Mugabe was given to Indian artist Thomas Antony and was published in the pages of the Indian newspaper Metro Vartha. 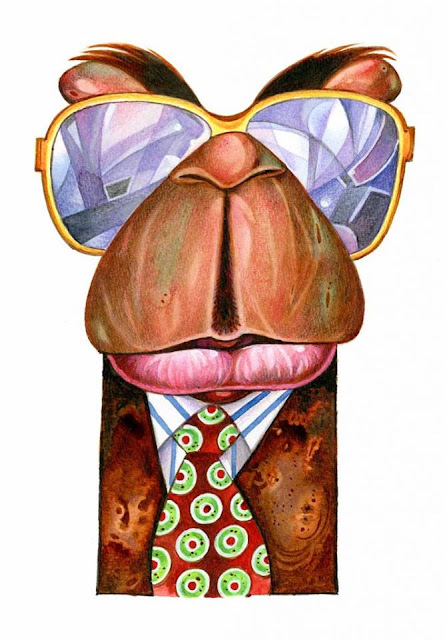 In the Gag Cartoon category, the 1st Prize was awarded to Nedeljko Ubovic, from Serbia, for an untitled work, the 2nd Prize to «Cemitério Paraíso» by Silvano Mello, from Brazil, and the 3rd prize distinguished «Zebra … Leaving our mark on nature», by Norwegian cartoonist Fadi Abou Hassan.

These works were published in Vecernje Novosti, Super Notícia and by Cartoon Movement, respectively.

"World Press Cartoon: Drawing the news!" on Euronews. (video)
Published by Bado at 12:17 AM