Mihai Ignat Exhibition at the ECC 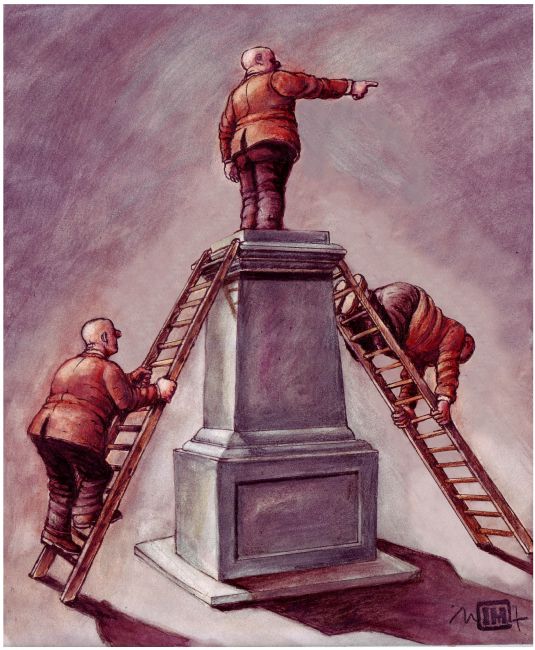 Romanian cartoonist Mihai Ignat won the European Cartoon Center prize at the 2017 Euro-Kartoenale and now has his personal exhibition in the ECC.

Mihai doesn’t publish his work in newspapers or magazines but saves all his energy for the “battles” of contests.

He started participating in contests in 1987 in Gabrovo (Bulgaria) and won his first grand prize in 1996 in the Aydin Dogan Cartoon Contest (Turkey).

Since then he has won many awards all over the world, in countries such as Norway, Russia, Croatia, Japan, Italy, Poland, Korea, Taiwan, Portugal, Iran, Canada, China, Mexico …

He began his career using the linocut technique, but he changed afterwards to watercolors.

His successes started in 1990, when there was an important change in Romania’s politic system, and Romanian caricature was searching for a new way of interpretation.