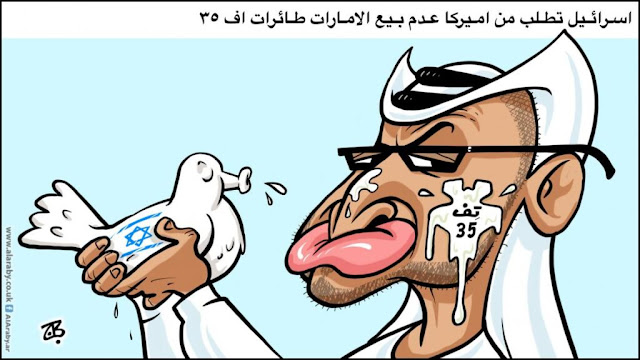 " Israel asks the United States not to sell F35 to the United Arab Emirates "
Cartooning for Peace joins the solidarity efforts and demands the release of Jordanian cartoonist Emad Hajjaj from its' network.
The cartoonist was arrested by Jordanian authorities for a cartoon related to the signing of the peace agreement between Israel and the United Arab Emirates, published by Al Araby and subsequently posted on the artist’s website and social networks.
The publication on social networks has since disappeared.

According to Nidal Mansour (screenshot below), head of the Jordanian Center for the Protection and Freedom of Journalists, the cartoonist was arrested for obstructing the Jordanian Information Systems and Cybercrime Law of 2015. 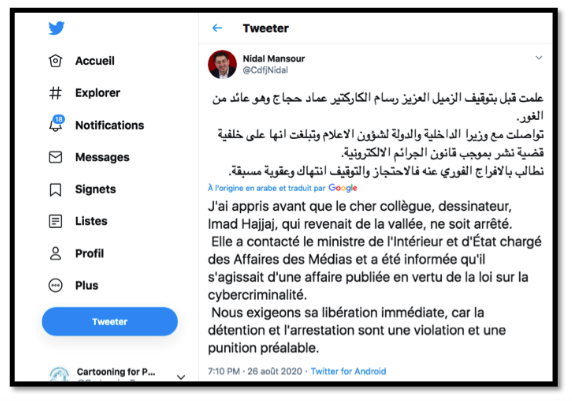 An arrest that Emad Hajjaj’s brother, Osama, a cartoonist himself, confirmed.
According to Reporters Without Borders, the publications of online newspapers or those of citizen journalists on social networks are punishable by prison sentences and lead to pre-trial detention in case of prosecution under this law.
The cartoonist was taken to a court this morning to be heard.
Cartooning for Peace is mobilizing to give its full support to Emad Hajjaj and calls for his immediate release.
No artist can be arrested for the realization of a cartoon.

Cartooning for Peace finally calls for solidarity from the network for their colleague through a cartoon campaign.

Here are the different links to consult the press release: 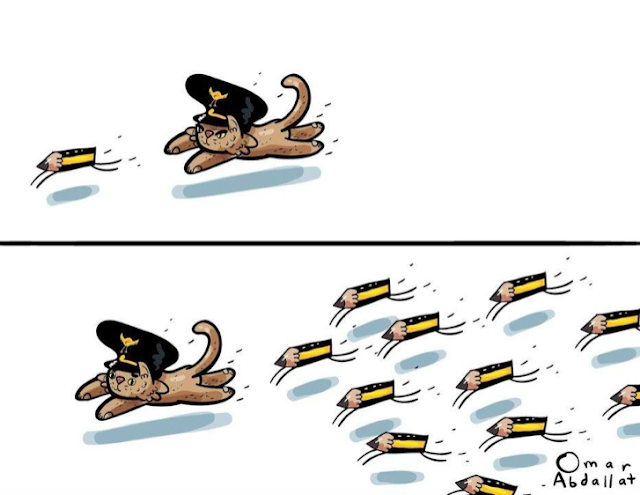 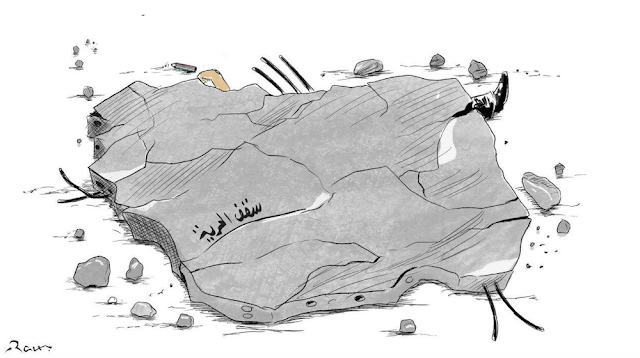