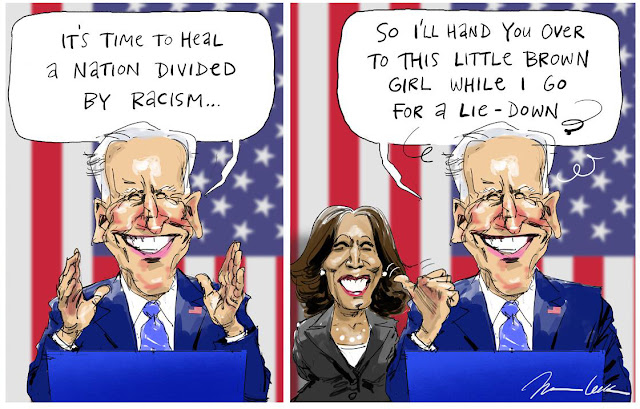 The Australian newspaper’s cartoon depicting Kamala Harris has been labelled racist by an array of politicians, activists, journalists, as well as Australia’s past and present Race Discrimination Commissioners.
The Australian's cartoonist Johannes Leak released a cartoon in today's edition that's been labelled racist for its depiction of politician Kamala Harris, who was announced this week as the Democrat's vice-presidential nominee.
Kamala Harris is the first woman of colour to be represented on a major ticket, and if elected in November, she would be the first woman of colour to become vice-president.

The cartoon has two speech bubbles, where Joe Biden says, “It’s time to heal a nation divided by racism,” and continues, “So I will hand over to this little brown girl while I lie down for a little.”

Australia’s Race Discrimination Commissioner Chin Tan told The Feed the candidacy of Harris as the Democrat party’s vice-presidential nominee is a watershed moment for America and the world.

"It is incumbent on all of us to support women from all backgrounds to achieve in the public sphere and not to denigrate or knock them down,” Tan told The Feed.
The Australian’s editor-in-chief Chris Dore has defended the cartoon. He told the Guardian Australia, that “Johannes was quoting Biden’s words,” referencing a tweet from Biden. 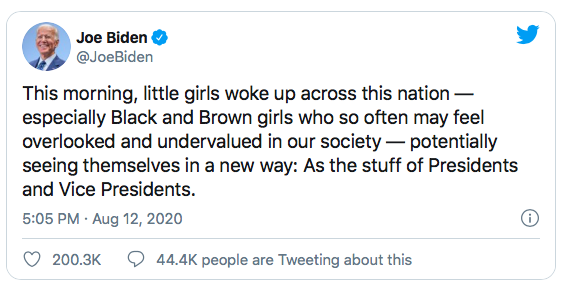 Politicians, tech giants have their say

Mark Dreyfus, the shadow Attorney-General, didn’t hold back in his criticism of The Australian: 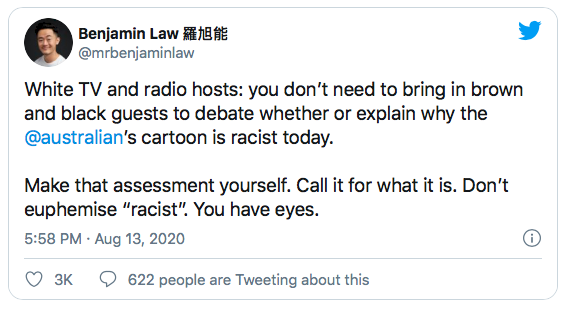 This isn't the first time a News Corp paper has had allegations of racism raised relating to cartoons.
In 2018, The Herald Sun's Mark Knight drew a cartoon of US tennis star Serena Williams that critics said was comparable to a long history of minstrel cartoons that portrayed African Americans as primates. 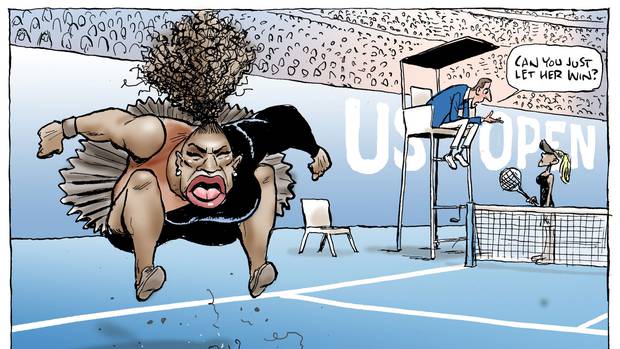 Despite the widespread criticism, the Australian Press Council decided the cartoon didn't "depict Ms Williams as an ape".

"Rather showing her as 'spitting the dummy', a non-racist caricature familiar to most Australian readers," the council said in February 2019.

"The Council acknowledges that some readers found the cartoon offensive. However, the Council also accepts that there was a sufficient public interest in commenting on behaviour and sportsmanship during a significant dispute between a tennis player with a globally high profile and an umpire at the US Open final."