.. this hilarious cartoon by Martin Perscheid. 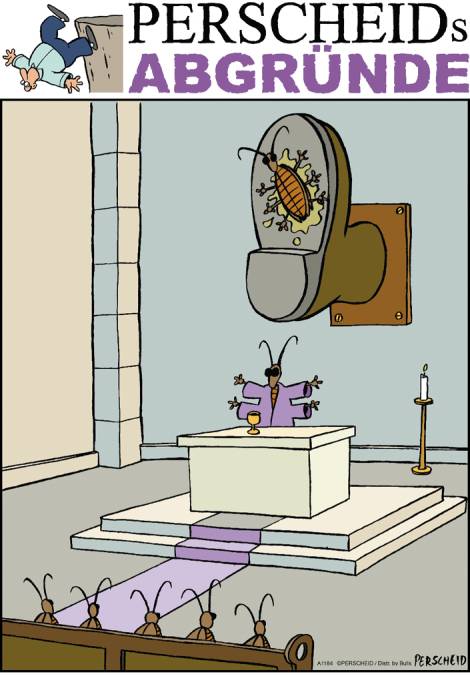 Martin Perscheid is a German cartoonist born February 16, 1966, in Wesseling, Germany. His drawing style resembles that of Gary Larson.

His works have been published since 1994 in various German newspapers and magazines, since 1996 under the title "Perscheids Abgründe" (“Perscheid's Abyss”). Of his many honors, he was winner of the Max and Moritz prize of 2002 for the best German-language Cartoon Series, as well as the "Kulturplakette" (Culture Award) from his hometown of Wesseling.
Published by Bado at 9:48 AM