Paul Krassner on the Art of Offensive Cartoons 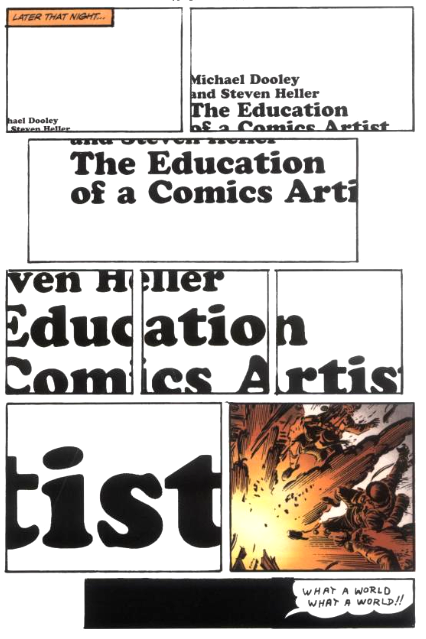 There's something oddly funny about Paul Krassner. And it's been going on for more than 50 years.


He palled around with Lenny Bruce, the pioneering 1950s "sick" comic, and even edited Bruce's autobiography, How to Talk Dirty and Influence People. He was instrumental in founding the Yippies!, those radical "Groucho Marxists" who fought the establishment in the late 1960s with theatrical, absurdist guerrilla monkeyshines.

And as the editor of The Realist he paved the way for The Simpsons, The Daily Show, and Bill Maher. Kurt Vonnegut and Lewis Black are just two of the legions of fans who cite him as a major influence and inspiration.

The Realist was a proto-underground magazine of "Free-thought Criticism and Satire" begun in 1958. In its heyday, everyone from Norman Mailer and Joseph Heller to Woody Allen and Dick Gregory to Ken Kesey and Tim Leary to Art Spiegelman and S. Clay Wilson appeared on its cheap newsprint pages.

Krassner's most notorious publishing prank was his "Parts That Were Left Out of the Kennedy Book" hoax in 1967, presented as actual excerpts that Jacqueline Kennedy had removed from William Manchester's The Death of a President prior to publication.

Defying conventional norms of taste and decency, its climactic scene involved Jackie discovering LBJ engaged in necrophilia with JFK's corpse on Air Force One. Many believed it was true, including Pentagon Papers leaker Daniel Ellsberg.

You can read the full story in Krassner's newly updated Confessions of a Raving, Unconfined Nut: Misadventures in the Counterculture.

I was tricked into buying my first issue of The Realist. I'd been attracted by a cover illustration that looked like a Jules Feiffer cartoon but which turned out to be a clever parody.

Euphoric from the revelation that I'd been duped, and from the magazine's provocative and challenging contents, I immediately ordered all available back issues. I also enrolled in the Free University classes Krassner mentions in the following interview.

His guest speakers were a wide assortment of countercultural icons, including Abbie Hoffman, a pre–Saturday Night Live Michael O’Donoghue (who was then writing the Phoebe Zeit-Geist comic strip for Evergreen Review), and the extremely talented but sadly underappreciated cartoonist Dick Guindon. I caught up with Krassner recently at San Diego's first annual Comic Fest, a comic book convention with a beatnik and hippie vibe and guests such as the Tits & Clits Comix creator Joyce Farmer and the National Lampoon art director Michael Gross. 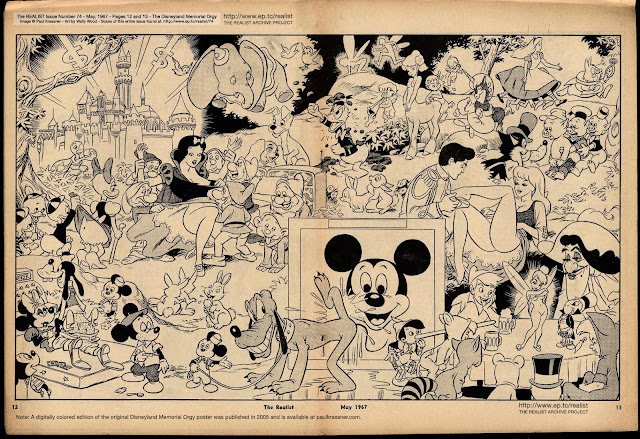 The following is our conversation about cartoons and controversies, with samples of cartoons that have appeared in The Realist.

As the father of the Underground Press—your paternity test came back positive—you’re also the uncle of Underground Comix; who among this unruly brood do you most admire?

[*Editor's note: After this article was completed, we learned that the great Zap Comix artist Spain Rodriguez had passed away. Read more about his life and work in the San Francisco Chronicle's obituary.]


When was the last time you were offended by a cartoon?

Over the last several years, not just one specific cartoon, but, again, a whole species. Namely: images and captions that reeked with racist hatred toward Barack Obama.

On the subject of Obama caricatures, what's your take on Barry Blitt’s 2008 “fist bump” cover? I felt that The New Yorker’s soft, Eustace Tilly style would’ve worked better as an illustration for a "Politics of Hate” feature inside a magazine, and that a grittier, graffiti-scrawl rendering of the same image would have made a more clear, concise cover statement.

Well, although I understood how people with a pro-Obama agenda might have worried that the cover would be misunderstood by a severely dumbed-down public, I thought it was a brilliant parody of the inaccurate negative stereotypes perpetuated by the right-wing propaganda machine. I felt Blitt captured the mood just fine. 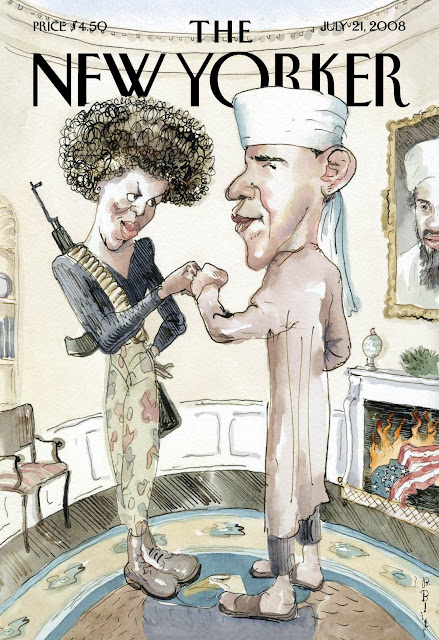 So you also don't believe that Blitt's image can be de-legitimized in any way, even though anti-Obama hatemongers could easily appropriate it for their own cause?

Nope. Rod Serling once had a scene in one of his films—I forget what, but let’s just say it was a victim being sodomized with a broomstick—and a viewer did a copycat crime in real life. Serling said, “I am responsible to my fans, not for them.”

Okay, here’s a better example. Several decades ago, I was teaching a course, “Satire and Journalism, and How to Tell the Difference,” at the Free University in New York. There was a cartoon in The New Yorker showing a pianist standing at the front of a stage, announcing that, “Before I begin my concert, I just want to say that I’m opposed to the Vietnam War.”

We had a class discussion about how subscribers to the conservative National Review would’ve experienced that cartoon on their magazine differently.

What contemporary cartoonists make you laugh?

Garry Trudeau. Dwayne “Mr. Fish” Booth. Wiley Miller—I fondly remember his syndicated comic strip, Non Sequitur, that presented a sidewalk artist who “finally achieves his goal to be the most feared man in the world,” with his placard advertising, “Caricatures of Muhammad While You Wait!”

So, what was your take on the Muhammad cartoons controversies?

As a secular humanist, I found it simultaneously tragic and absurd to witness so much unspeakable anguish caused by religious wars in the Middle East, being fought over deities in whose existence I disbelieve—Jehovah vs. Allah, Jesus vs. Muhammad—and, as a free speech advocate, to witness the death and destruction triggered by Danish cartoonists’ depictions of the Islamic prophet. 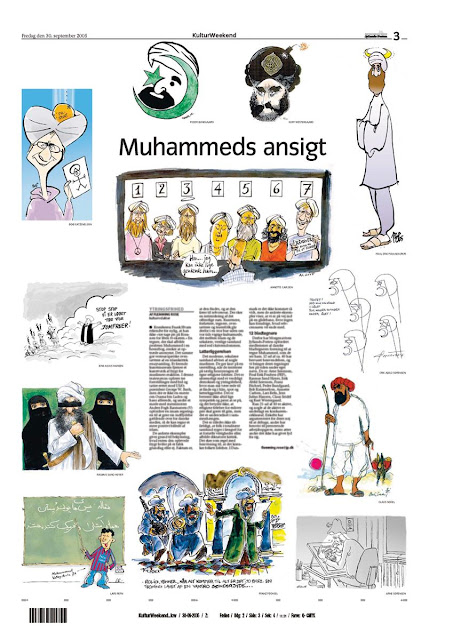 There are basic principles of semantics concerning symbolism—the menu is not the meal; the map is not the territory—which in this case serve only to intensify both the tragedy and the absurdity.

On what grounds did you reject cartoons submitted to The Realist?

If it wasn't controversial enough, or lacked a sense of provocation, or the humor was really corny, or it perpetuated stereotypes, or it was simply something I had no urge to share.

Since one of your goals as editor of The Realist was to put yourself out of business, you must feel a sense of accomplishment from recent book collections like Blown Covers: New Yorker Covers You Were Never Meant to See and The Best of the Rejection Collection: 294 Cartoons That Were Too Dumb, Too Dark, or Too Naughty for The New Yorker.

Here’s the nail you hit smack on the head. You’ve just committed satirical prophecy, because I’m surrendering to that temptation right here on this very page, right at this very moment.

I used to publish cartoons that were rejected by The New Yorker—too controversial or just plain bad taste—including my old friend Mort Gerberg.

Upon the re-election of President Obama, he had the cartoon below rejected by The New Yorker. Instead, it was published in the weekly Columbia Paper in his regular “Out of Line” panel on the editorial page.

Do you have any cartoon-related predictions for 2013?

May the farce be with you.