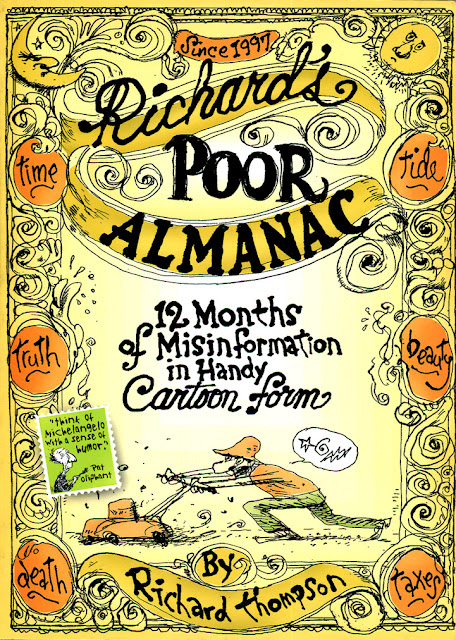 
It was the readers of The Washington Post who, of course, first enjoyed and embraced “Richard’s Poor Almanac,” Richard Thompson’s weekly comic that debuted in 1997 and ran in the Style section. The feature won a national following, combining the wry whimsy and exquisite artwork of a now-acknowledged cartoon genius during its decade-plus run.

“I’m pleased and proud that GoComics is rerunning ‘Richard’s Poor Almanac,’ “ Thompson tells Comic Riffs over the weekend. Whole new generations of comics fans will now have access to my stale, dated juvenilia.”

It was “Richard’s Poor Almanac,” of course — specifically the Bush inaugural cartoon “Make the Pie Higher” — that caught the eye of Andrews McMeel editors and led to the syndication in 2007 of Thompson’s daily strip “Cul de Sac.”

[The Post Magazine profile: Thompson battles what ails his industry — and his body — with characteristic wit] 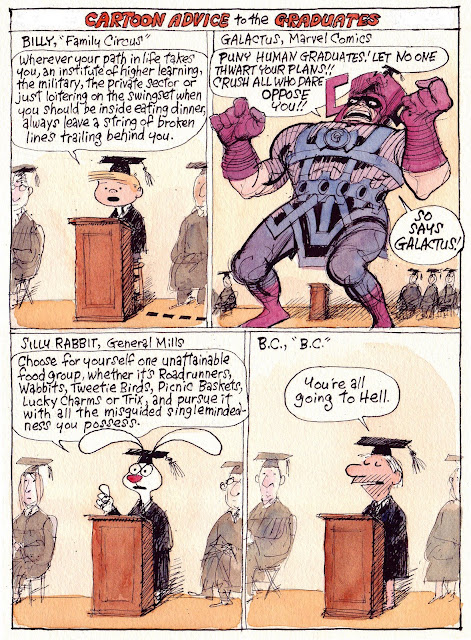