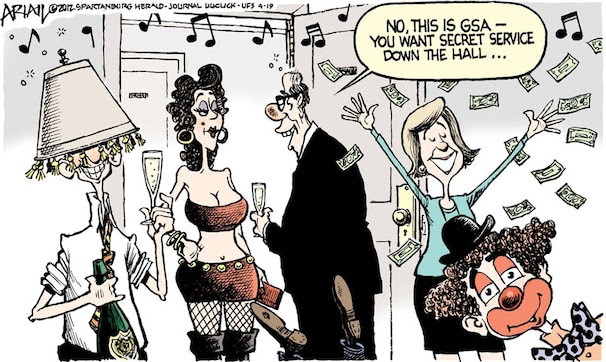 Robert Ariail’s cartoons about geopolitics can range from the warmly humorous (See: Greece as the economic houseguest who won’t leave) to the deadly serious (President Assad painting himself into a corner with Syrian blood on his hands).
For such cartoons that reflected that diversity of his approach, Ariail has just been named the 2012 recipient of the Berryman Award, which is presented by the National Press Foundation.


“I'm really thrilled and certainly humbled to be in the company of so many great cartoonists who have won this before me,” Ariail tells Comic Riffs on Wednesday of the honor, whose most recent winners include Nick Anderson (Houston Chronicle), Matt Wuerker (Politico) and Mike Keefe (now retired from the Denver Post) — Pulitzer winners all.
Ariail — a two-time Pulitzer finalist himself — now draws for Univeral Uclick and the Spartanburg (S.C.) Herald-Journal, where he landed after being pink-slipped by the State in Columbia.
“There's also a sense of validation in winning this prestigious national award,” Ariail tells Comic Riffs, “having been laid off from my longtime gig at The State three years ago.” . 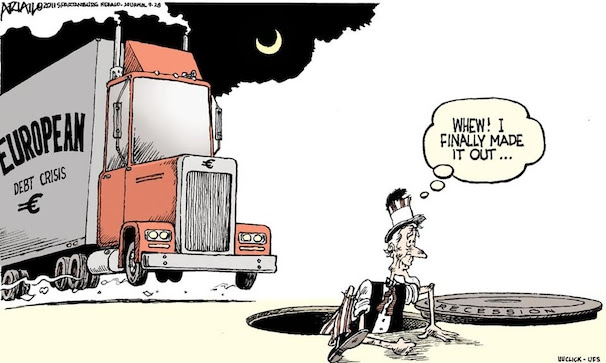 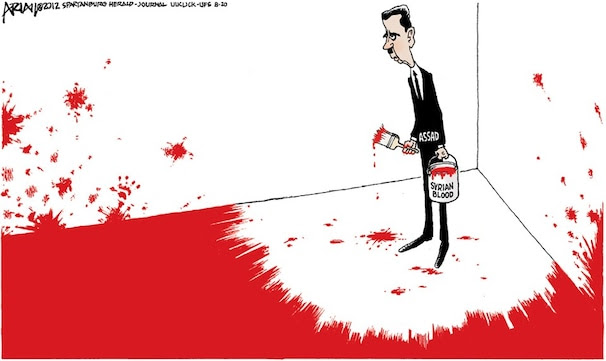 The Clifford K. and James T. Berryman Award — named for Pulitzer-winning political cartoonists who were father and son — honors editorial cartoonists whose work “exemplifies a power to influence public opinion, good drawing, a striking effect and an effective use of humor.”
Ariail will receive a $2,500 prize from the National Press Foundation at an awards dinner in Washington.