As a young man, he attended 14 different high schools (in Montreal, Toronto and Quebec city) and won entrance to a fine arts college by forging his high school diploma - he calls the forgery his finest work.

Since then, he's done very well for himself as a Canadian political cartoonist. His work has regularly appeared in print - and sparked conversations, and sometimes controversies - since 1972.

He's also published 19 collections of his cartoons. The latest is titled 'Was It Good For You'. 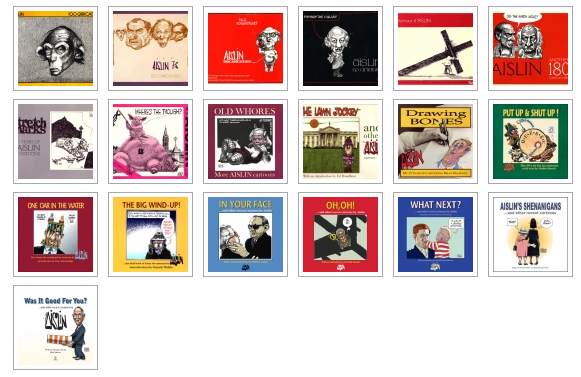 Terry was kind enough to provide an exclusive cartoon to go with this Q&A:

Here's what Terry had to say about politics, censorship, and the greatest lie he's ever told...

1. You've seen many Prime Ministers come and go. As a satirist, which has been your favourite and why?

TM: Brian Mulroney for the gab, the blarney and the bluster! Furthermore, with the Karlheinz Schreiber affair involving cash in brown envelopes, Mulroney became the gift that just kept on giving.

2. Have you ever had a cartoon turned away by your editors?

TM: Yes, many times. My Gazette editors will reject cartoons for one reason or another on average about three or four times a year. These days, however, it hardly matters. Whenever a cartoon of mine is spiked, I simply put it up on my Facebook page. These are the ones that attract the most hits.

3. Which of your cartoons caused the greatest backlash?

TM: In 1997, an Islamic extremist group attacked a group of tourists in Luxor, Egypt. As a father, I was truly appalled by that particular act of terrorism as young children were systematically slaughtered. Therefore, I drew a vicious cartoon of an Islamic extremist as a dog, knowing full well what an insult that was is in the Islamic world. Furthermore, I added an apology to dogs everywhere (being a dog lover myself).

An outfit in Washington named the Council on American-Islamic Relations organized a massive worldwide email and petition campaign claiming that the cartoon was an attack on Islam in general (despite me having clearly labeled the dog as being an Islamic extremist). At the time, CAIR were in the habit of chasing down cartoonists everywhere.

After a large demonstration was held in front of the newspaper, The Gazette caved and issued a quasi-apology. I never did - and never will.

4. Is any subject off-limits?

TM: Personal matters aren't really any of my business. I don't care who is sleeping with whom for example unless it is somehow affecting an individual's performance in the public arena.

5. When you hear about cartoons causing protests, death threats or worse, attacks on cartoonists, what is your reaction?


TM: I do what I do best and simply draw a cartoon on the matter. Indeed, someone should publish a book of the excellent cartoons that were drawn all around the world in reaction to the hysterical outcry over the Danish Mohammed cartoons.

6. What was the first drawing you got paid for?

TM: In the mid-1960s I was doing the Jack Kerouac thing and hitchhiking all over North America. I drew a caricature of Lyndon Johnson for a poster for a hippie coffee house in Boston called The Boston Tea Party. The owner gave me a cheque for fifty bucks American that didn't bounce. I've been making a living by drawing cartoons ever since.

TM: Religious fanaticism of all stripes: Christian, Muslim, Jewish - whatever. Confucians are cool. Mind you, it's not really a religion but more of a guide to social harmony - and I was glad to see while recently in China that it's on the rise there again.

8. What makes you angry?

TM: Many, many things: Certainly intolerance, arrogance and pomposity (not that I haven't been guilty of all of these qualities myself on occasion).

9. What makes a good apology?

TM: A prompt one. Whether a recovering alcoholic or not, the 10th step of Alcoholics Anonymous could serve as a useful tool for everyone.

TM: Clarence Campbell, the long-time overlord of the National Hockey League spoke to me once after I gave a speech on cartooning. He told me that he loved my work. In fact, Campbell claimed to love all cartoons with the exception of one that someone had drawn of him selling the Stanley Cup in a pawnshop after the Canada-Russia hockey series in 1972. I agreed that that had been a really cheap shot. I didn't tell him that I had drawn the cartoon.
Published by Bado at 4:00 AM