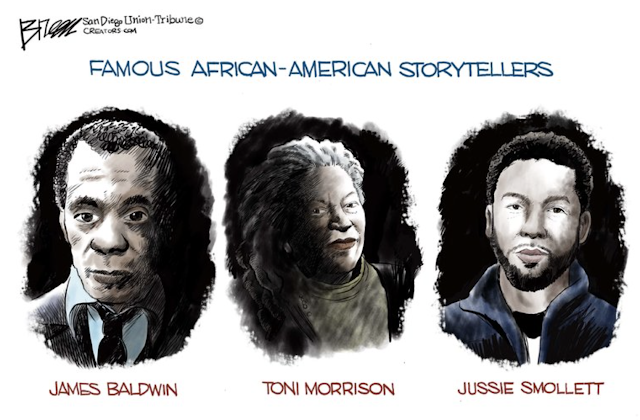 Two newspapers apologized for cartoons that ran in their pages this week.

In San Diego, the Union-Tribune quickly pulled and apologized for a Steve Breen cartoon about disgraced TV actor Jussie Smollett.

As the Washington Post wrote, "A cartoonist added Jussie Smollett to the list of ‘Famous African-American Storytellers.’ The backlash was swift."

Both the editor and the staff cartoonist apologized for tone-deaf cartoon and said steps would be taken so something like this wouldn't happen again.

Later in the week, the Las Vegas Sun apologized for a syndicated cartoon by Kirk Walters that ran in their paper.

A number of readers saw the cartoonist encouraging a physical attack on Donald Trump.

"It’s not often one of my cartoons gets so spectacularly misread,” said Walters.