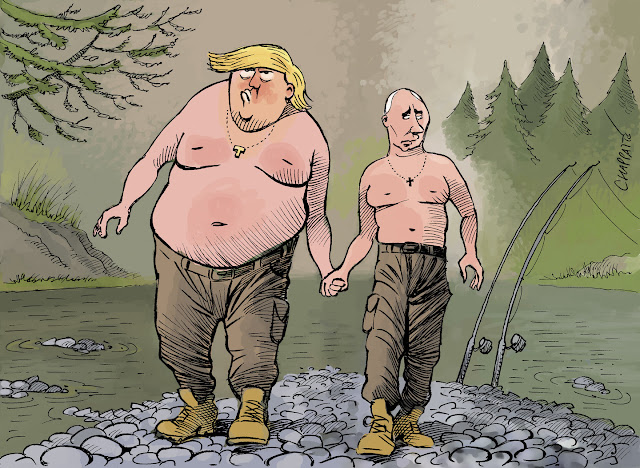 Cartoonist Patrick Chappatte will receive for the third time the Thomas Nast Award for his drawings published on the website, social media and print editions of the New York Times in 2018.

Patrick Chappatte will receive his award on April 18 in New York, according to a statement from the Overseas Press Club of America.

According to the jury, his drawings for the New York Times are "a model of its kind".

The Geneva-based cartoonist has already received this award twice, in 2016 and 2012.

He is the only non-US winner of this award, formerly known as the Thomas Nast Award, since its inception in 1968.

Founded in 1939, the OPC awards 21 awards each year in categories ranging from international reporting to commentary.

Born in 1967, Patrick Chappatte works for Le Temps and NZZ am Sonntag in Switzerland. He joined the International Herald Tribune in 2001 before moving to the New York Times in 2013.