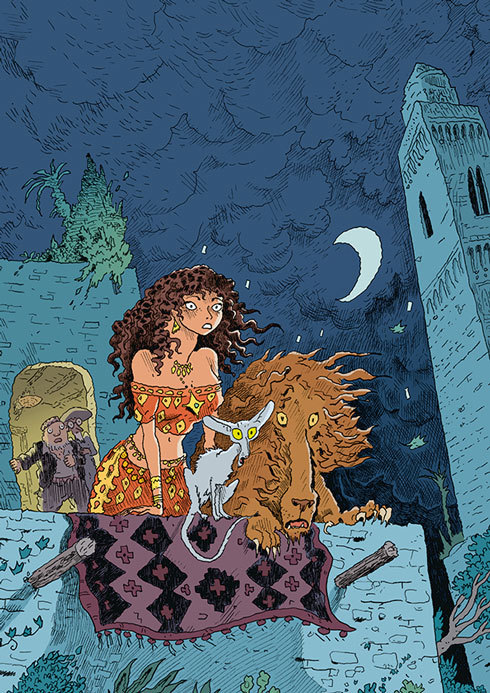 Cartoonmuseum Basel presents the exceptional artist Joann Sfar in a large-scale overview exhibition with over 200 original drawings, watercolours, paintings and film clips, while focusing on his latest works.

Joann Sfar has been a source of stimuli for the contemporary comic for over 20 years.

Growing up with Jewish culture in a family home full of literature, he wrote and illustrated at an early age.

Today, his oeuvre includes over 160 publications in the French-speaking world alone.

His books revolve around Judaism, touch on issues pertaining to spirituality, faith and philosophy, respond to political and societal events, or address love, sexuality and Sfar’s own life. 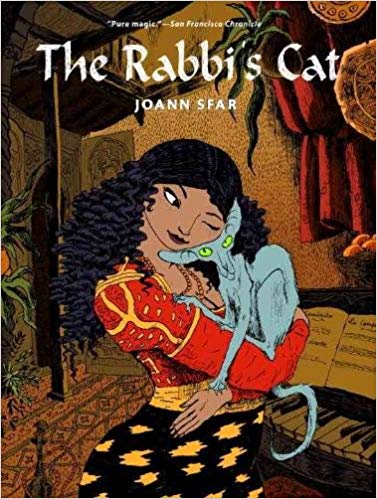 The series “The Rabbi’s Cat”, which began in 2001, currently encompasses eight volumes and is keenly followed by hundreds of thousands of readers: When a tomcat belonging to a rabbi from Algiers eats a parrot, he becomes able to talk, and to convey his practical, philosophical and religious views.

He becomes a critical commentator in a fable, which has been translated into 20 languages and which Sfar has successfully adapted as a film.

After studying philosophy in Nice and attending École nationale supérieure des beaux-arts in Paris, Sfar, who has also worked as a screenwriter, novelist and director, developed a distinctive style as a comics artist.

His repertoire ranges from subtle ink drawings to borrowings from painting.

The profound stories are never without gaps: they call for imagination and a desire to contemplate.

Readers enthusiastically accept this challenge and critics have also honoured Sfar with all the major awards in the world of comics.