From the Times of Israel. 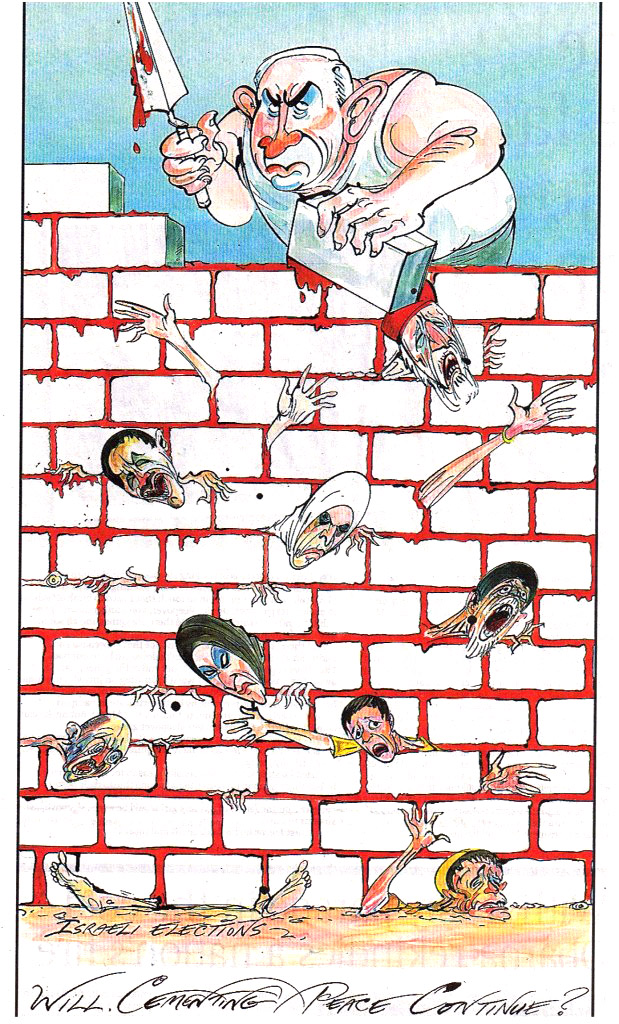 The illustrator of an editorial cartoon depicting Israeli Prime Minister Benjamin Netanyahu building a wall on the bodies of Palestinians and using their blood as cement apologized for the timing of its publication.

In a statement printed on his official website, Gerald Scarfe, who drew the cover illustration for Pink Floyd’s 1979 album The Wall, emphasized that “I am not, and never have been, anti-Semitic.”

He said the drawing, published Jan. 27 — International Holocaust Memorial Day — in the Sunday Times, was “a criticism of Netanyahu, and not of the Jewish people: there was no slight whatsoever intended against them.”

“I was, however, stupidly completely unaware that it would be printed on Holocaust Day, and I apologize for the very unfortunate timing,” the statement concluded.

Rupert Murdoch, whose News Corp. owns the Sunday Times of London through a subsidiary, said on Twitter that the paper should apologize for printing the cartoon.

Murdoch’s statement was made in response to criticism from leaders of the Jewish community in the U.K. who said the drawing was reminiscent of anti-Semitic blood libels.

The Board of Deputies of British Jews, an umbrella organization, filed a complaint with the independent Press Complaints Commission, the Guardian reported, and incoming Sunday Times editor Martin Ivens told The Jerusalem Post that he would meet with leaders of the British Jewish community this week over reaction to the cartoon.
Published by Bado at 4:00 AM