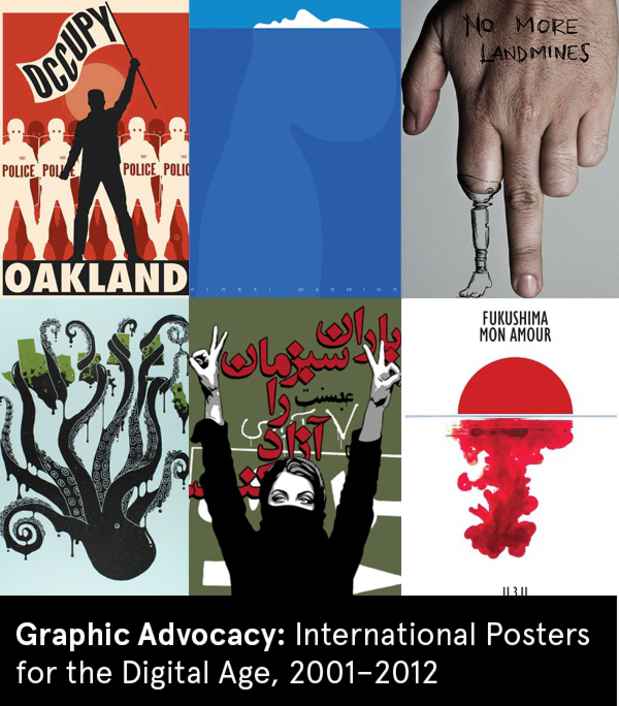 Elizabeth Resnick has been an fervent advocate of graphic design as a tool for social and political agitation. She's documented a wide range of material and organized three exhibitions on complementary themes over the past decade. The most recent, "Graphic Advocacy: International Posters for a Digital Age 2001-2012," is set to open tomorrow at the Stephen B. Paine Gallery (click here for online gallery), one of MassArt's premiere display spaces. I recently interviewed Resnick for the exhibition brochure about the work, the response, and how these shows have already and will continue to impact designers and others.


Liz, you organized "Graphic Imperative," "Graphic Intervention," and now "Graphic Advocacy." They each seem to be a different side of the same coin. How do these exhibitions differ from one another?

Each of the three poster exhibitions has a clearly defined point of view, beginning with "The Graphic Imperative: International Posters of Peace, Social Justice and The Environment 1965–2005*." "The Graphic Imperative" was the exhibition I had dreamed about organizing since I first began to organize design exhibitions in 1990. The intent was to collect a select retrospective of 40 years of international sociopolitical posters showcasing themes that included dissent, liberation, racism, sexism, human rights, civil rights, environmental and health concerns, AIDS, war, literacy, and tolerance, with the hope they collectively the work would provide a window to an age of great change.

How did you conceive your current exhibit?

In March 2011, I was offered the opportunity to do a coffee-table book featuring contemporary sociopolitical poster work for Vivays Publishing, London. Not wanting to repeat myself by selecting work that had been in any of my previous exhibitions, I was determined to conceive a new "angle" of exploring sociopolitical poster design. One week later, on March 11, the world witnessed the terror and destruction wrought by the earthquake and subsequent tsunami and nuclear accident at Fukushima, Japan. Shortly afterward, there was outpouring of support from designers in order to raise awareness and donations, not unlike the Hurricane Project for the Katrina victims in 2005, and the Haiti Project to raise money to help Haitians with rebuilding of their country in 2010. The Internet has enabled designers to make and post visual commentaries without concern for the costs of labor, printing, and posting their work to air their opinions. It was worth investigating this trend, which is the focus of the book, and now subsequently the third in the series (and likely the last), of sociopolitical poster exhibitions I have organized.

The exhibitions have spanned quite a bit of history. “Imperative” delves back into the '60s, “Intervention” the '70s, and "Advocacy" is more or less the recent now. How have the messages, not the medium, changed during this timeframe?

Actually, there is quite a bit of time overlap in all three exhibitions, but not much change in the messaging. "The Graphic Imperative" includes poster work created over a 40-year span, 1965 to 2005, much of it antiwar, concern for the environment, social justice and ideological political statements and personal health issues. "Graphic Intervention" includes posters created over a 25-year span from 1985 to 2010. In this exhibition you can witness the unfolding, progression, and response to the AIDS epidemic from the posters: first the early messages that explain and dispel rumors of how you can get AIDS. Later the messages focus on prevention, namely advising safe sex with condom use. The later messages focus more on discrimination and advocate for respecting infected people living longer lives with AIDS. "Graphic Advocacy" serves as a first decade glimpse of the new millennium, reflecting the continuing optimistic hope for world peace, concern for the ecological health of the earth, justness and fairness no matter your race, gender, nationality, sexual preference, and an outpouring of concern for humanity on a number of different levels.

The subtitle is "International Posters in the Digital Age." What is the implication here? Does digital mean virtual, sent via the Internet, or the manner by which they are rendered?

Both. Most designers create their work using digital tools whether the work is later silk-screened, letterpress, or scanned and printed on demand. Designers who are active in creating "socially engaged" work do distribute this work via Internet sites.

What have you noticed during the course of selecting posters that has changed in 40 years?

I would like to think that poster design has evolved to reflect changing conditions in our world. To quote poster designer extraordinaire Pierre Bernard: “The poster is the prime field for experimenting with the visual language; it is the scene of changing ideas and aesthetics, of cultural, social and political events.” But in reality, what draws me toward a particular poster is its creative thought, artistic experiment, inventiveness, and timelessness. Many of the best socio-political posters created in the 60s and 70s are still meaningful 50 years later because they are timeless; posters like Seymour Chwast’s “End Bad Breath” (1968), Shigeo Fukuda’s “Victory” (1975), and Kyosti Varis’s “Your Lifemeter”
(1971). 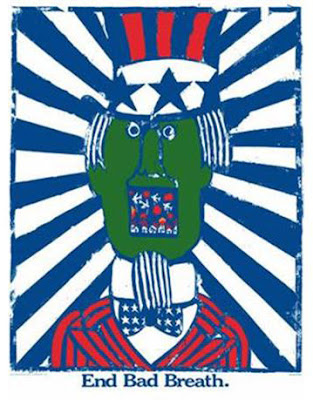 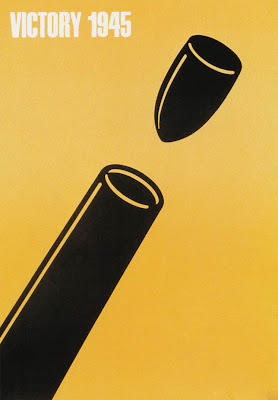 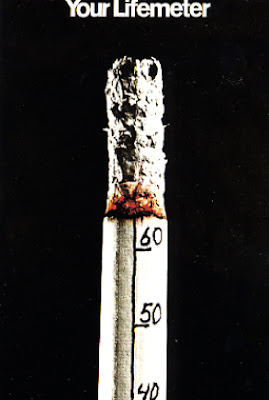 Critics and even supporters have argued that the visual image simplifies a concept often to the point of irrelevancy. What they really mean is that posters don’t solve the difficult problems. Can a poster solve anything?

Why should a poster be judged on whether it solves difficult problems? Perhaps the better question could be, "What is the ultimate goal of design?" Why do designers feel compelled to create messages? We know that designers possess the skills and knowledge to visually influence human behaviors. Anyone who works in the advertising industry can tell you that. And who among us has not been deceived and manipulated to choose one brand over another, one item over another, based on what we have seen and heard in magazines, newspapers, billboards, television commercials, the Internet, and, yes, in posters installed on advertising kiosks and bus stop shelters? Today, whether a poster is physical or digital doesn't matter in the grand scheme of things. What matters most is the poster conveys its message to the audience in which it is directed.

Along those lines, simplification can be beneficial insofar as making complex ideas more understandable (or bite-size). Is the poster still the best medium for this attack on the senses?

I think so. One of the aspects that I particularly love about the poster "form" is that in a single surface, the sum of its parts—its gestalt—pulls together to offer a concept, a notion, a point-of-view, a synopsis, a way of thinking in a single snapshot. Today, a digital poster can reach a much wider audience—make it viral and the message reaches billions in a nano-second. With advocacy posters, time is of the essence, and the digital format is simply more effective in reaching large numbers in the shortest amount of time.

What are your criteria for inclusion?

First, I am working within a decade’s time span—a very short amount of time in the larger scheme of poster history. From 2000–2012, the global community has experienced many economic and political upheavals, and way too many unfortunate natural (or man-induced) ecological disasters. In my book proposal, I introduced the notion of examining socially, economically, and/or politically engaged poster work created in response to these events and/or primarily created for dissemination through dedicated websites, social media outlets, or personal websites. Some of these posters or "visual commentaries" are designed to incite, advocate, inform, or argue a particular point of view. Some are meant as vehicles to raise money to support important and humanitarian causes. I wanted to collect posters that fit into these categories from an international group of concerned, committed, and passionate artists and designers.

In previous design-exhibition projects, I have worked with a co-curator (two-heads-are-better-than-one philosophy). But as this project started first as a book and later became an exhibition, I thought it best to work alone. The decision to invite participants and to collect certain work was mine. Whether this was a sound judgment or not, I cannot tell right now. In previous exhibitions, my co-curators and I made decisions based on quality of concept, execution, and formality. I am particularly drawn to the conceptual, metaphorical, and formal aspects in the visual responses I have selected. It is not my place to judge whether the posters are successful in persuading or influencing, as a designer’s impetus comes from their need to respond to events through acts of artistic creation. What I can judge, however, is whether their message is accessible, clear, and compelling.