Anita Kunz interview in "This is so contemporary"

Originally from "This is so contemporary". 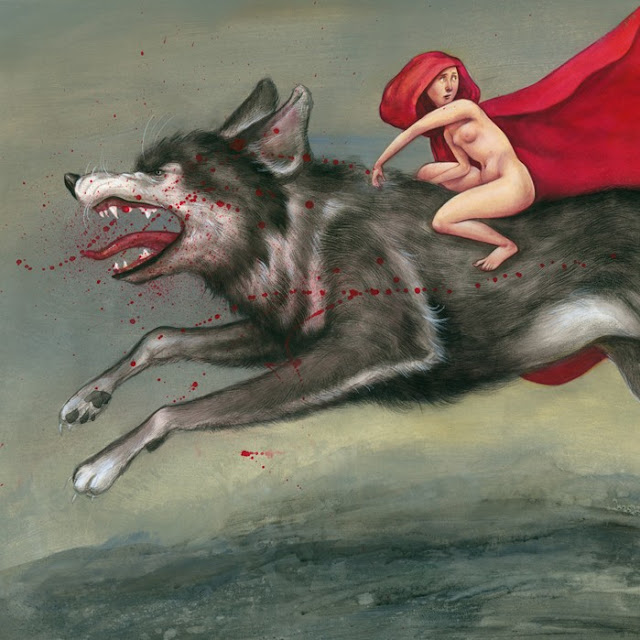 Anita Kunz was born in Canada and has lived in three major cities, New York, London and Toronto. She has been published in several countries and on publications of all respect such as The New Yorker, Rolling Stone and Time Magazine. During her career as an artist she racked up a considerable number of awards and achievements. She gave us some insight into her history as a person and artist.

Hi Anita, what have you been working on these latest days?

Well I’m always working on new paintings. I’ve recently completed a triptych about deer….we see them in northern Ontario on our lake, and they’re so beautiful and serene and then the hunters come and kill them in the fall. It really upsets me. 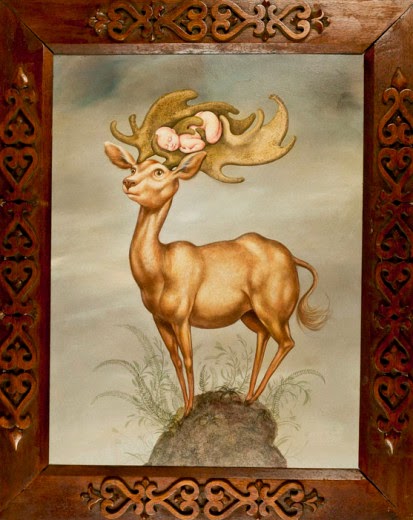 I have seen many of your past works that portray the supposed origin of human race and its most animal side. How much are you interested in mythology and our ancestors?

Well I’m always interested in our collective narratives. But I would say I’m most interested in anthropology and science. I attend the TED conference every year and am always amazed at our new discoveries, and how we can be so brilliant as a species and brutal at the same time.

You are Canadian by birth but you have traveled a lot. What’s the most artistic city you have ever visited? What impressed you most?

I have to say that I love Italy. I’ve spent a bit of time in Venice and found it to be hauntingly beautiful. But not during tourist season! Too many crowds!

Looking at the past, in the fall of 2003 you have been the first woman and the first Canadian to have a solo show at the Library of Congress in Washington DC. How you experienced this?

It was wonderful! I think that until this generation women have been under-represented in the arts, so I was humbled and honoured.

Your career has been studded with awards. What was the happiest moment of your career as an artist?

I was really happy to receive the Order of Canada. I felt very moved to be appointed as somewhat of an ambassador to the rest of the world!

Is there any issue of social nature that’s important to you and for which you would make spokesperson?

There are a lot of issues that concern me…social justice, the ethical treatment of animals, gender issues. I can’t really pinpoint one over the others.

The thing you love the most about the country you live in.

I think the freedom and the space. I love that we seem more open-minded than some cultures regarding gay marriage and things like that. And I love spending lots of time in the Canadian wilderness!

What are the visible/perceptible elements that make your work an authentic one?

I think that I paint about subjects that move me emotionally. I’ve been moving toward much more personal work in the last few years. I’m far more concerned with substance than style.

What’s your dream within 5 years?

I supposed to have the opportunity to keep creating work! There are so many more paintings I want to make. I never seem to run out of ideas.

Would you please dedicate something (a quote, a sketch, a song etc.) to our readers?

I like this: “The greatness of a nation and its moral progress can be judged by the way its animals are treated”. (Mahatma Ghandi )