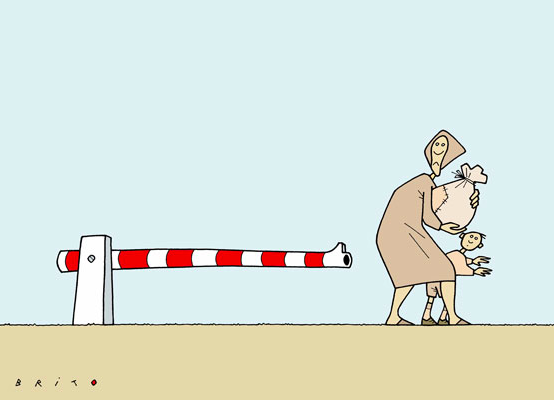 Carlos Brito was born in Lisbon in 1943 and moved in 1963 to Paris for political reasons. He studied sociology and followed no artistic training.

In 1970 his first cartoon was published in Rouge. He worked for several Portuguese newspapers and magazines and since 1980 he has been press cartoonist in France. 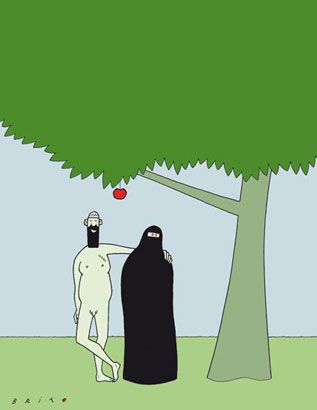 He drew among others for Le Monde and Le Canard Enchaîné. Cartoons who, for whatever reason, were not published were given a place on his blog. Even after his retirement Brito remains very active in the cartoon world.

He has exhibited in many European countries, and also in Mexico, Argentina, Brazil, Cuba, Japan ... and was a jury member in such cartoon competitions as Greekartoon, World Press Cartoon, Don Quichotte, Piracicaba, Niels Bugge, Bienal Internacional de Humorismo Grafico Cuba ...

In 2004 he received the "Grand Prix de l'Humour Vache" in Saint-Just-le-Martel.

He is currently vice president of FECO (Federation or Cartoonists Organizations). 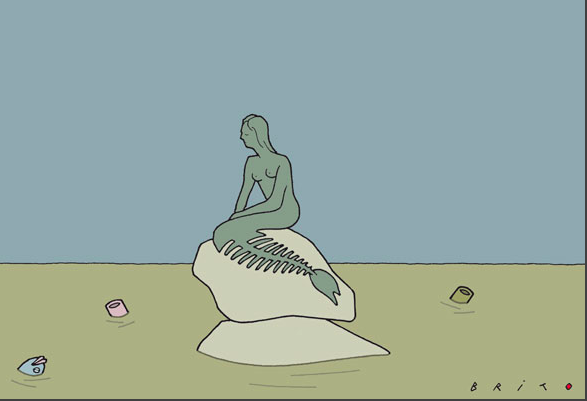 Sundays from 10 to 12 am and from 2 to 5 pm.
Groups of 10 persons or more are welcome on other days by appointment.