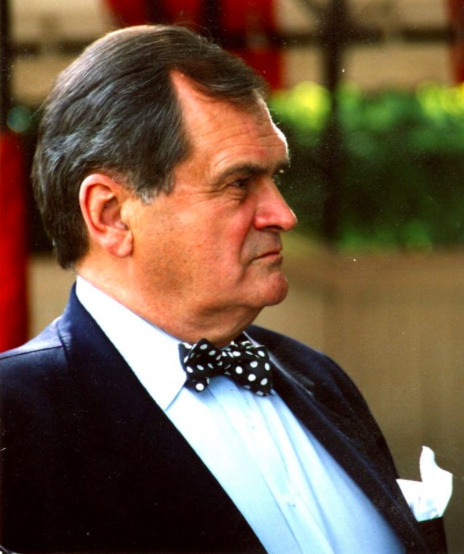 William Hamilton, The New Yorker cartoonist known for his wry depictions of the upper crust, has died at age 76.

Mr. Hamilton was born in Palo Alto in 1939 and grew up in St. Helena, in Napa County.

A New Yorker cartoonist since 1965, Mr. Hamilton published numerous collections of cartoons, including Husbands, Wives and Live-Togethers (1976), Money Should Be Fun (1979) and Voodoo Economics (1992). His work also appeared in the New York Observer, Newsweek, Town & Country and other publications.

Mr. Hamilton’s cartoons lovingly satirized New York City’s high society. Many showed elegantly dressed partygoers conversing over cocktails. One cartoon depicts a woman gazing unsmilingly at a group of nearby partygoers while confiding in her husband. “Omigod,” the caption reads. “The entire axis of boring is in there.” 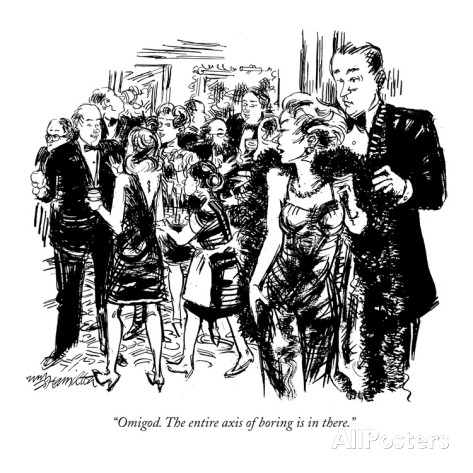 “He had a lovely mind and a gracious wit,” Lapham said. “And he was extremely generous.”

In an essay for Yale University, his alma mater, Mr. Hamilton wrote that he “grew up in the wild hills bordering the Napa Valley when that place was still a national nowhere.”

He couldn’t wait to leave home. “At fifteen,” he wrote, “I wanted to see more of the world than the ranch. I wanted to travel clear of the state. I finally burst into tears before my mother and begged to be freed from the Napa Valley. ... I wanted to walk on those glamorous cement city sidewalks I could just shut my eyes and see carrying baby buggies and bicycles and roller skaters and various chattering or just smiling busy men and women wearing suits and hats on their ways from one appointment to another.”

And so Mr. Hamilton fled home for the exclusive Phillips Academy, in Andover, Mass. “I was not an athlete,” he wrote, “but I could draw cartoons which were well received there in the yearbook and as posters.”

Later, at Yale, he wrote, “My excruciating and carefully guarded and most secret and private problem was the scholarship I needed to attend the place.” But “far from feeling guilty about the privilege being afforded me,” he added, “I presumed it. I was a snobbish, preppy freshman.”

The preppy snob was a type Mr. Hamilton would go on to parody, to great effect, for decades, after first making the pages of The New Yorker while in the U.S. Army. 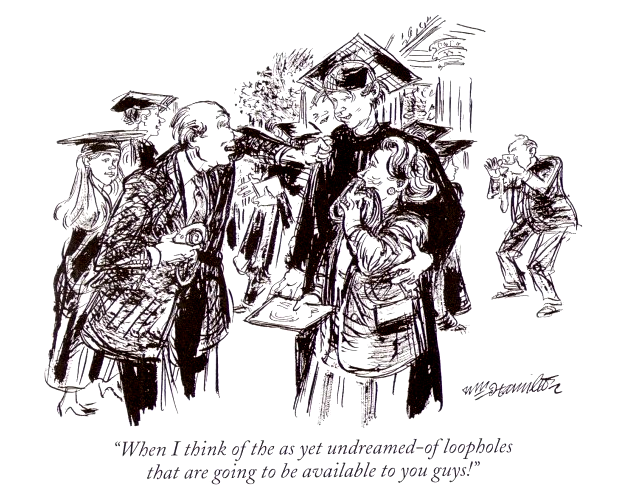 “He was a California guy,” Lapham said. “His whole approach was the approach of someone from out of town. That was the strength of his wit.”

The editor of Lapham’s Quarterly and former editor of Harper’s Magazine, Lapham, like Mr. Hamilton, was a transplant to New York City from the Bay Area.

“It was a real preppy establishment,” Lapham said of New York in the 1950s.

“From their perspective, California was way out west. They still thought there were Indians walking around.

“It was an older world,” Lapham added, “a world that’s pretty much vanished by now.”

Mr. Hamilton is survived by his widow, Lucy; a son, Gilliam; a daughter, Alexandra; and two grandchildren.

John McMurtrie is the book editor of The San Francisco Chronicle. Twitter: @McMurtrieSF

"William Hamilton, Longtime Cartoonist at The New Yorker, Dies at 76" in The New York Times.
"Popular New Yorker cartoonist dies in Lexington crash" in The Charlotte Observer.
Published by Bado at 1:00 AM