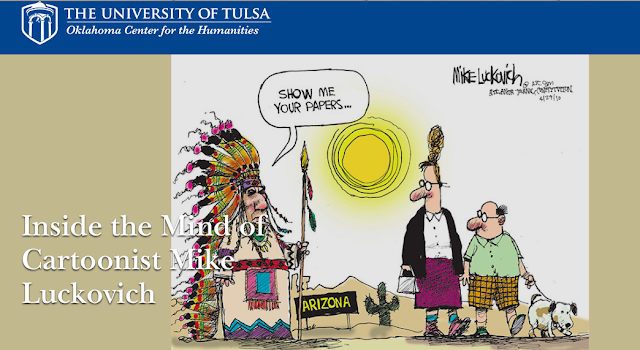 From April 8-9, the Oklahoma Center for the Humanities at the University of Tulsa will host a public symposium on the role of stereotype and humor in American political cartoons. This event kicks off with a keynote talk by Pulitzer Prize-winning cartoonist Mike Luckovich (Atlanta Journal-Constitution) on Friday April 8, followed by a day-long series of panels featuring nationally recognized political cartoonists Clay Bennett (Chattanooga Times) Bruce Plante (Tulsa World), and Scott Stantis (Chicago Tribune) as well as local civil rights leaders, law professors, and free speech scholars. 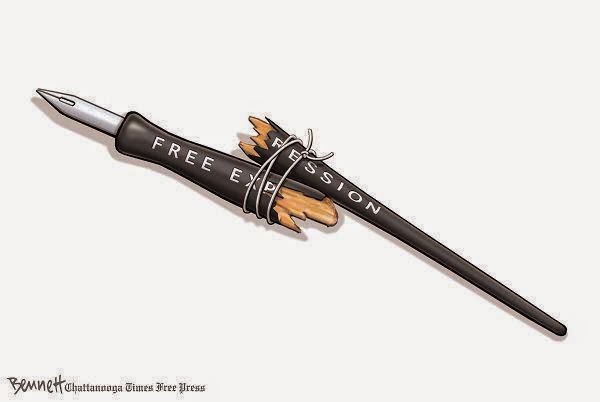 Just over a year ago, a terrorist attack was launched on the Paris offices of the cartoon-laden magazine Charlie Hebdo, setting off a series of debates about the boundary between offensiveness and free speech in a democratic society.

This symposium will seek to expand these debates amid the passions of the American presidential race by asking some difficult questions about the role of humor in politics.


The symposium will begin with a keynote address by Mike Luckovich on Friday April 8th at 8:00 in Tyrrell Hall on TU’s campus.

It will then continue on Saturday April 9th from 9:00am-3:30pm at Gilcrease Museum with a series of talks and roundtable discussions that will match cartoonists with local community leaders like Adam Soltani (CAIR Oklahoma)
Jocelyn Payne (John Hope Franklin Center for Reconciliation),
and Marlin Lavanhar (All Souls Unitarian Church)
as well as Tamara Piety, a First Amendment expert from the University of Tulsa’s College of Law.

During the lunch break, Bruce Plante and Mike Luckovich will sketch informally and talk about their techniques. Refreshments will be served throughout the day at Gilcrease. This event is free and open to everyone.

Here’s a complete schedule of the events:

8:00pm An Evening with Mike Luckovich