Riad Sattouf: The Arab of the Future 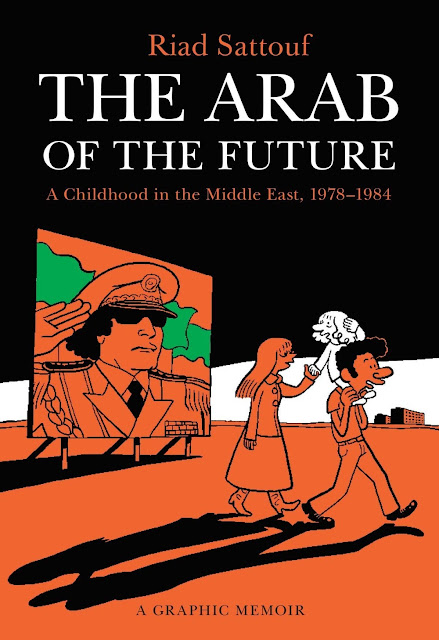 Riad Sattouf will be presenting his graphic novel The Arab of the Future and conversing with cartoonist Posy Simmonds, whom he holds in high regard, next Wednesday at the French Institute in London.

Riad Sattouf is a bestselling cartoonist and filmmaker who grew up in Syria and Libya and now lives in Paris.

A comic book artist who used to work at Charlie Hebdo, Sattouf is now a weekly columnist for l’Obs.

His first graphic novel The Arab of the Future – to be published in English on April 7, translated by Sam Taylor – tells the unforgettable story of Riad Sattouf’s childhood, spent in the shadow of Muammar Gaddafi, Hafez al-Assad, and his father.

The Arab of the Future received the prestigious Fauve d’Or prize at the 2015 Angoulême festival.

Riad Sattouf Discusses His Graphic Memoir ‘The Arab of the Future’ at Vice.