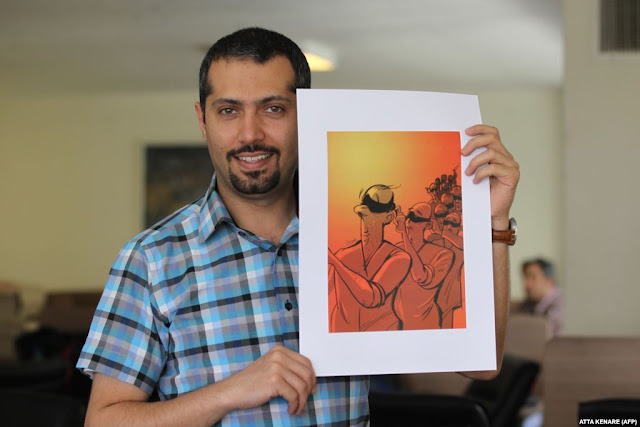 Iranian cartoonist Hadi Heidari has been released from Tehran’s Erin Prison. He had been arrested by government agents on November 16, 2015, at the offices at the reformist newspaper, Shahrvand.

The cartoonist was taken into custody after a judge ordered Hadeiri to serve the balance of a 2013 suspended sentence stemming from a cartoon deemed anti-state. Heidari’s November arrest came shortly after he posted a cartoon in response to the Paris terrorist attacks which was shared around the world. As Hadi Hadeiri was released, three other journalists were jailed in Iran on charges of “spreading propaganda against the ruling system, conspiring against officials and insulting authorities.”

According to the Committee to Protect Journalists, Iran has been one of the world’s most notarious countries for jailing journalists since 2009.