Join two pioneering creators as they explore the world of comics in France and Britain, from the 1970s to today.
Two leading lights of graphic novels from Britain and France reflect on their contrasting careers in comics from the 70s to today.

An award-winning cartoonist and pioneering publisher of bandes dessinées, Florence Cestac is the only woman to win the Angoulême Festival's Grand Prix in over forty years.

A past Grand Prix nominee herself, Posy Simmonds is much loved for her Guardian strips, notably Gemma Bovery and Tamara Drewe, both adapted into films.

Join us to hear what they have to say about the world of comics then and now. Tickets include entry to Comix Creatrix: 100 Women Making Comics before the talk, so come early and see original work from Simmonds and Cestac alongside a rich array of other groundbreaking women comics creators. 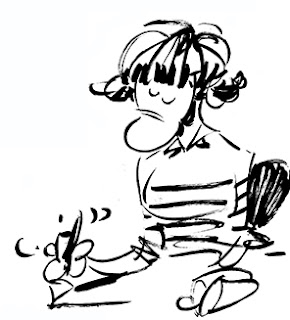 Florence Cestac was born in 1949 in Pont-Audemer, France.

In the following years she drew for various French publications and collaborated with legendary magazines such as Pilote and Charlie Mensuel. In 1972, with Étienne Robial, she opened the first comics shop in Paris and in 1975 created the alternative comics publisher Futuropolis. At Futuropolis she worked as a designer, packager, courier, photoengraver, translator, author-sitter, press agent, and editor.

In 1997 she was awarded her second Humor prize of the Angoulême International Comics Festival for The Mid-Life Crisis (1996 Dargaud, 2016 Europe Comics), a post-marital tragedy in which the forty-year-old Noemi leaves her unfaithful husband. This masterpiece of black humor and disarming honesty has been adapted to theatre and cinema.

In 2000 she was awarded the Grand Prix of the Angoulême Festival and consequently presided over it in 2001, when she selected an exclusively female jury.

Among other works, she completed the second and third volumes of The Mid-Life Crisis trilogy: The Post-Mid Life Crisis in 2005 and The Late-Mid-Life Crisis in 2013 (Dargaud/Europe Comics, to be released in 2016). In 2015 she published Un amour exemplaire with Daniel Pennac (Dargaud). 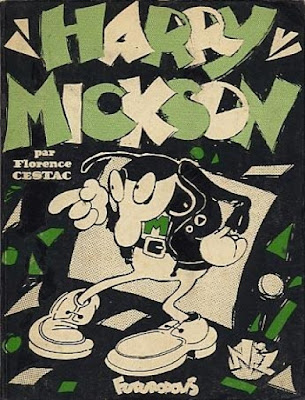 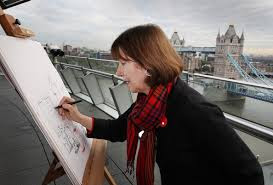 Posy Simmonds was born in 1945 and grew up in Berkshire.

She studied Graphic Design at the Central School of Art in London. In 1969, she started her first daily cartoon feature 'Bear' in The Sun, and also contributed to a variety of magazines and journals, including The Times and Cosmopolitan.

She is renowned for her light, witty satire, and social observation. In 1972, she moved to The Guardian as illustrator, where she created a popular cartoon strip about middle-class couple, George and Wendy Weber.

During this time she also produced graphic novels, including True Love (1981) and Gemma Bovery (1999), an adult reworking of Flaubert's Madame Bovary. She was named 'Cartoonist of the Year' in 1980 and 1981.

In 1987, she began to write and illustrate children's books, and created Lulu and the Flying Babies (1988) and the very popular Fred (1987), the film version of which was nominated for an Oscar and several BAFTAs.

Tamara Drewe, inspired by Thomas Hardy's Far From The Madding Crowd, was published in 2007. It won the 2009 Prix de la critique of the French Association of comics critics and journalists, and was adapted into a film in 2010. 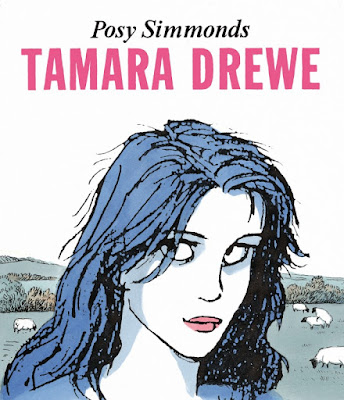