Iranian Cartoonist Atena Farghadani should be out of prison in May

Appeals Court No. 54 of the Province of Tehran has reduced the artist’s sentence to 18 months — which, by her lawyer’s calculation, means Atena Farghadani should be out of prison sometime in May.

Nik writes: Ms. Farghadani “has been acquitted from charges of undermining national security, and her three year imprisonment for insulting the Supreme Leader has been suspended for four years.

“The 9 month sentence of insulting the President, Members of Parliament and the guards of ward 2-A of Evin prison has changed to a monetary fine (not yet determined). The 18 months prison for ‘propaganda against the regime’ has been confirmed by the Appeal’s Court.

“I have not been able to talk to Atena’s father yet, but I thanked her lawyer, Mohammad Moghimi, on CRNI’s behalf for his great work and devotion.”

Atena Farghadani’s trial stemmed from a cartoon she drew and posted on Facebook, which protested a move by Iran’s Parliament to reduce womens’ rights. Ms. Farghadani was presented CRNI’s Courage in Editorial Cartooning Award in absentia in 2015. 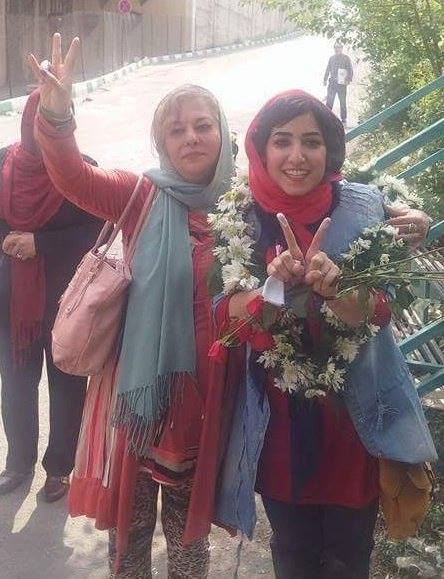