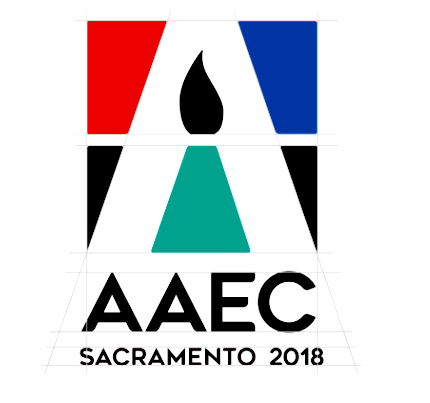 This year's gathering of the Association of American Editorial Cartoonists will take place Sept. 20-23 in Sacramento, CA.

This year’s gathering of the nation’s editorial cartoonists and political junkies promises to be a blockbuster.

Our featured guest is Atlantic staff writer McKay Coppins, who extensively covered the Trump campaign and was called “a dishonest slob” via Twitter by the then-GOP nominee for his award-winning reporting.

We’ll also get a chance to ask Rob Rogers if there are other ways to become nationally famous without first losing one’s job.

We’ll kick off things with a reception on Thursday, September 20, that will open a retrospective of Rex Babin’s work from his time at the Sacramento Bee before his untimely death in 2012.

We’re also going to be joined by cartoonist colleagues from Canada and New Zealand, who will share what it’s like to cartoon an ongoing train wreck from outside the train.

The closing gala, on Saturday September 22, will feature food, drink, music, (and possibly an award for the cartoon created during the convention most likely to spark an international incident between the U.S., Canada and New Zealand)! 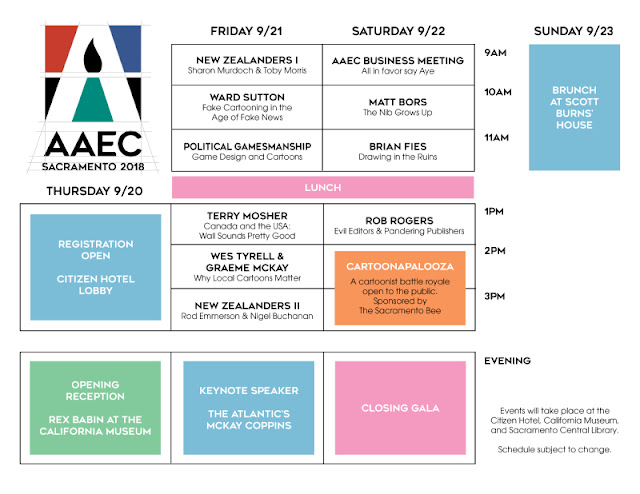 Cartoonists and comics journalists interested in attending can find all the details here: http://www.aaeccartoonists.org/
Published by Bado at 6:57 AM