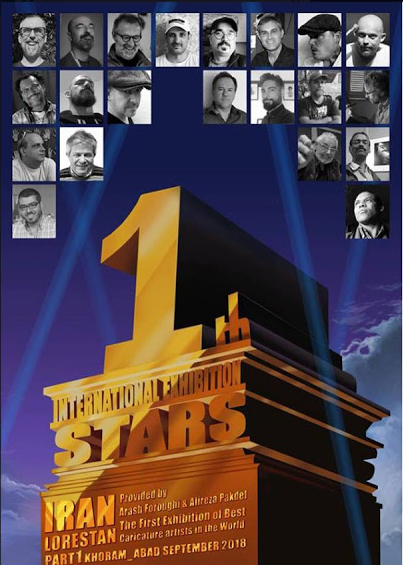 A comment from Italian cartoonist Paolo Lombardi about the "Caricaturist stars of the World" exhibition in Iran :


September will see an exhibition in Iran where were the greatest cartoonists in the world are invited.

When cartoonist Marilena Nardi righly pointed out to the Iranian organizers the absence of women artists, the organizer replied that they would be featured in a separate section.

Nardi then replied that an artist is an artist regardless of sex.

I wonder now, if the different artists called to participate in the event still intend to do so after the situation has been clearly established?

Some expressed themselves by saying that they joined the demonstration in good faith.

That's fine, I can understand.

But today, what do they intend to do about the obvious discrimination against women?

But what struck me was the total silence of many guests when Nardi asked them to express their thoughts on the subject.

At this point I can not help but think that these artists are selling out for an appearance, for a moment of glory, maybe even for a trip to Iran.

I can not conceive of this attitude by people who, every day, draw and invoke freedom of expression, people who denounce the abuses that occur in all parts of the world.

I'm sorry but I do not have that esteem I had before of you.

And today, the rectification arrives.

By posting photos of women, including his poor wife, in which she declares that women in Iran are not discriminated against, let alone in art, saying that there are so many women doing art.

And so he says no one has discriminated against Marilena Nardi.

I will conclude by saying that a serious artist is organizing this event.

A cartoon by Spanish cartoonist Elchicotriste:

Antonio Antunes, Angel Boligán and Omar Figueroa Turcios have since cancelled their participation from the exhibition: 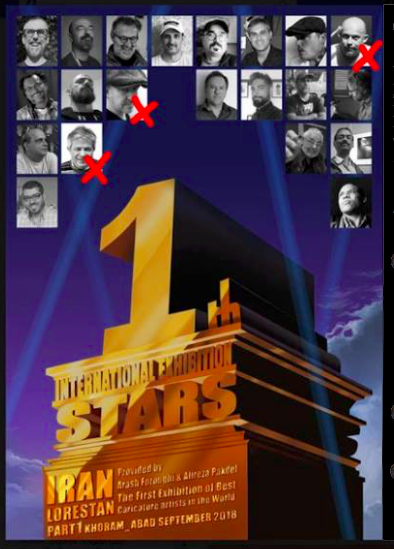