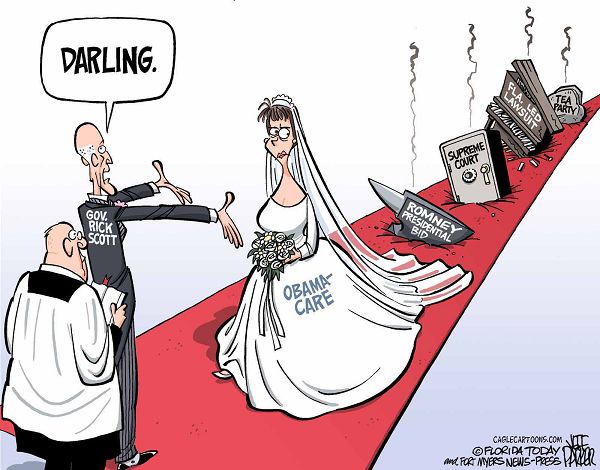 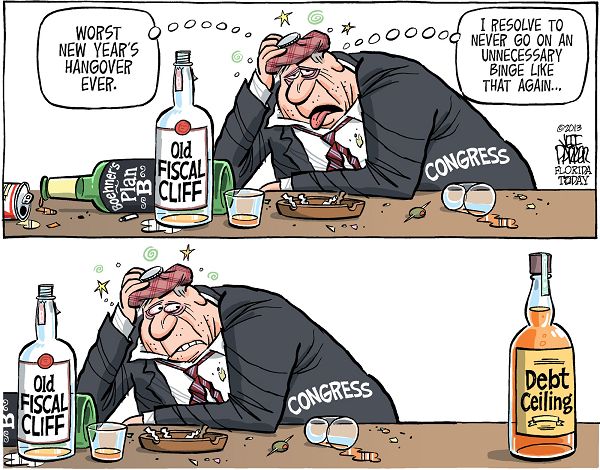 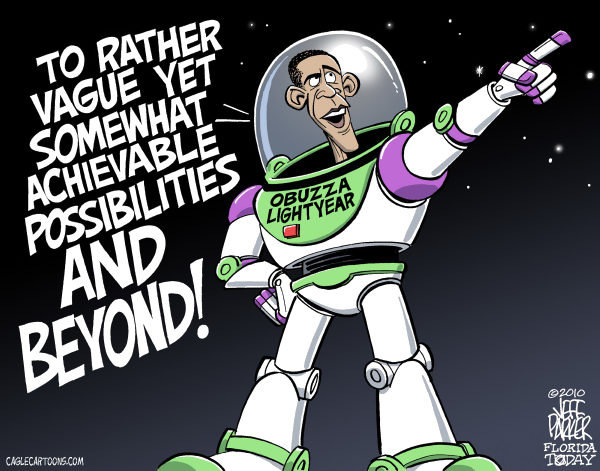 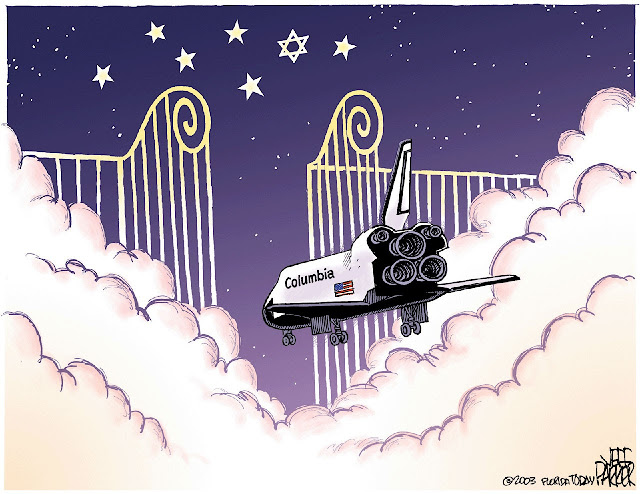 When asked about how much effort goes into creating “Dustin,” Steve sums it up best, “It takes two cartoonists a whole lot of work to create a guy that doesn’t have a job.”

The end of August marked the end of my job as editorial cartoonist at Florida Today.

Creating five cartoons a week, along with the enormity of producing “Dustin” everyday, plus helping out with the drawing chores on my buddy Mike Peters’ strip “Mother Goose and Grimm,” means I’ve found it increasingly more difficult to make time for the little things in life like eating, sleeping and potty breaks.

Something had to give and, I didn’t want it to be a brain aneurism.

So, after 21 years drawing cartoons commenting on the news, my wife and I decided it’s time for me to retire from editorial cartooning and focus on “Dustin.” It has been a great run, but I just couldn’t keep the pace of a 90-100 hour workweek anymore.

I’m excited about spending more time on our strip. Comic strips have always been my first love and I’m hoping the extra hours translates into some noticeable improvements here and there… and perhaps a few hours of “Dustin-time” on our sofa every now and then. 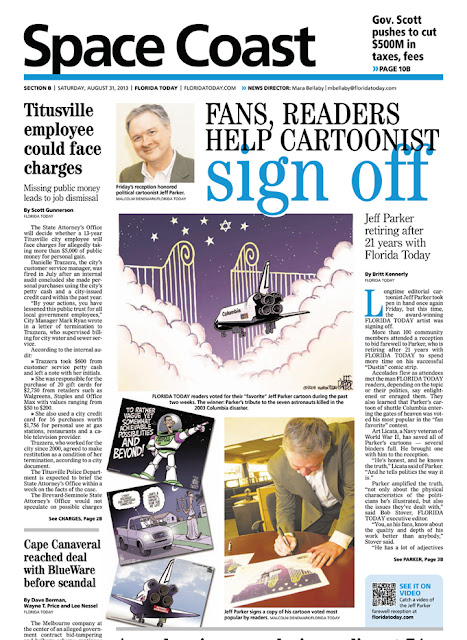 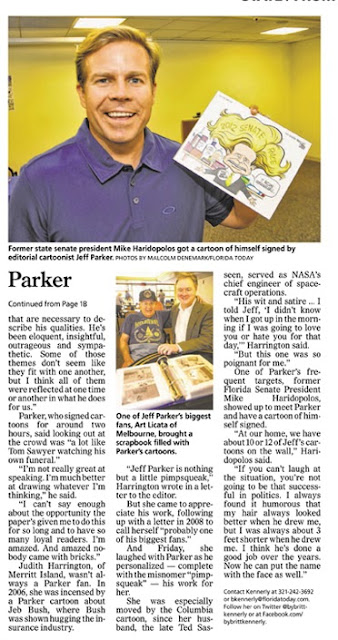 You can read his "exit interview" with Alan Gardner in The Daily Cartoonist.

I know you’re a prolific cartoonist working on Dustin, Mother Goose and Grimm in addition to your editorial cartoons. How have you been managing that kind of a workload these last few years?
I drink a lot.

I used to assist on “Blondie” from 1996 to 2005, and my schedule then was a lot like now, so I knew what I was in for when we landed Dustin, but I was much younger in those Blondie days.

What was your most memorable cartoon either because of the controversy or public reaction in your career?
I’d have to say the cartoon on the loss of Shuttle Columbia in 2003. Florida Today is the Space Coast’s newspaper covering Cape Canaveral and Kennedy Space Center. I’m not particularly proud of the cartoon, as I had to create it in under an hour for our extra edition that morning, but it drew a ton of response from our readers, many of whom worked at KSC or had some connection to the space program. So many requests for copies came in that my editors decided to reprint the cartoon and sold thousands to raise money for the families of Columbia’s crew.
Published by Bado at 6:55 AM