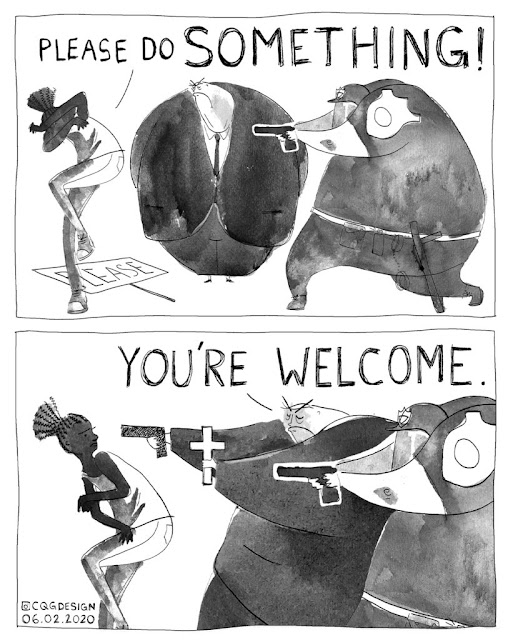 Catherine Gong is the winner of the 2020 Locher Award, a contest for emerging cartoonists, ages 18-25, whose work demonstrates both clear opinions and strong artistry on political and social issues.
Catherine is a graphic designer, illustrator and cartoonist based in San Francisco who says that, in her covert rebellion against prejudice, her weapon of choice is satire.
The judges said: “Catherine’s work demonstrates a range of commentary from strong and poignant to precise and funny, all skillfully drawn with a unique voice.”
Cartoonist Tom Coute was named runner-up, 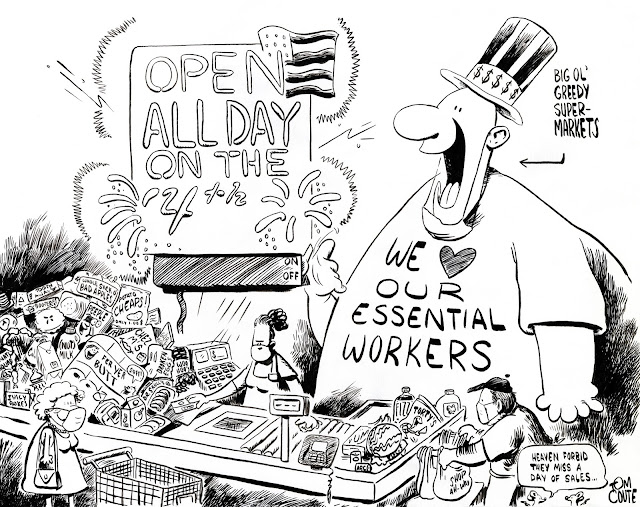 and Emeka Perkins-Johnson, Sam Nakahira and Edward Wilson were also cited for their notable submissions.
To see the submissions and judge’s other comments, go to: http://locheraward.org/news/2020/9/6/announcing-the-2020-locher-award-winner-1
Published by Bado at 9:49 AM