From the Tallahassee Democrat. 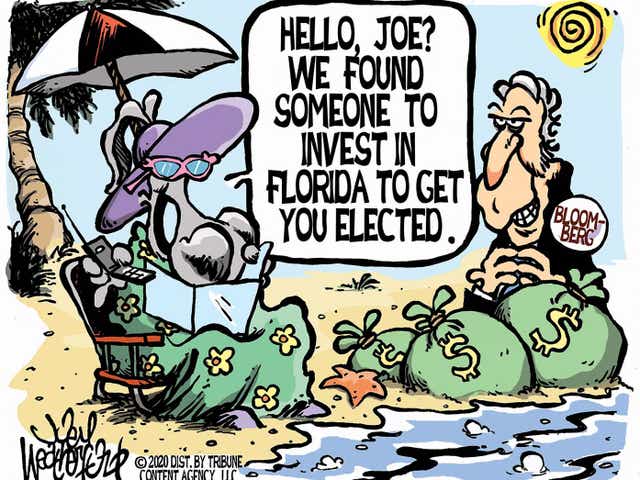 On Monday, the Tallahassee Democrat ran a syndicated editorial cartoon that was offensive to readers. It showed former New York City Mayor Michael Bloomberg in a way that some rightly said drew on stereotypes of Jewish people.

It was a mistake and we apologize.

Our editorial page editor, who is Jewish, selected the cartoon and it was reviewed by another editor, but that clearly wasn’t enough.

The majority of the syndicated cartoonists we have access to lean left and we have been criticized – also rightly – for failing to publish many conservative cartoons. But that can never excuse a process that lets cartoons get published that fail to meet community standards.

Thank you to those who emailed, called and held us accountable on this. We are eliminating this cartoonist from our syndicated roster and promise to vet our cartoons more carefully in the future.