Results of the 15th edition of World Press Cartoon 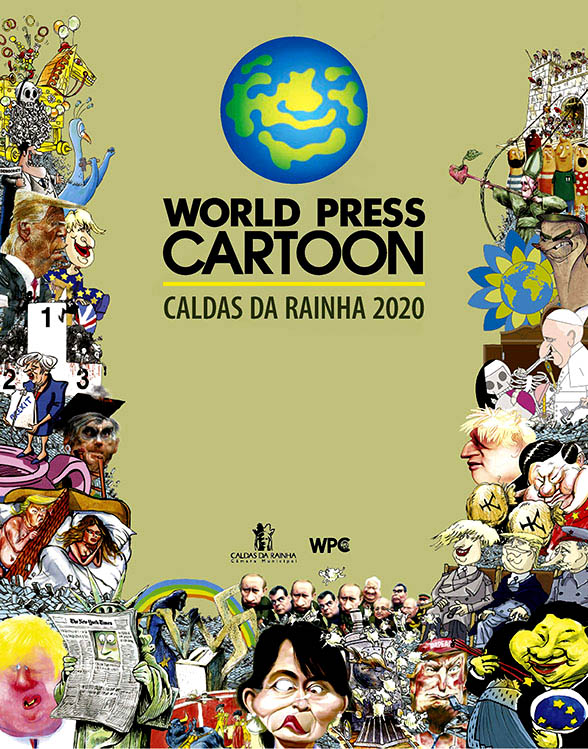 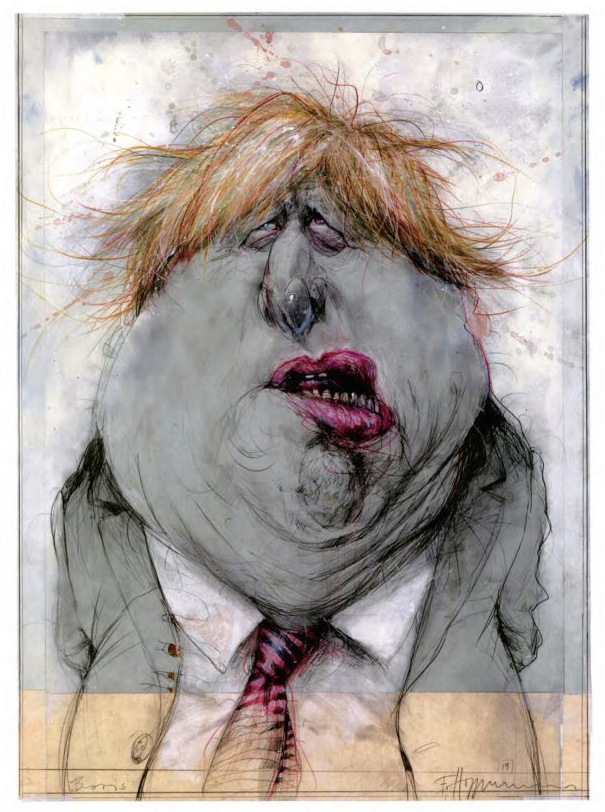 First prize in the Caricature category, the drawing was published in the German online newspaper Eulenspiegel, in October 2019.

The jury awarded the second prize to Dario Castillejos from Mexico for his caricature of Jair Bolsonaro published in the Spanish newspaper Mundiario. 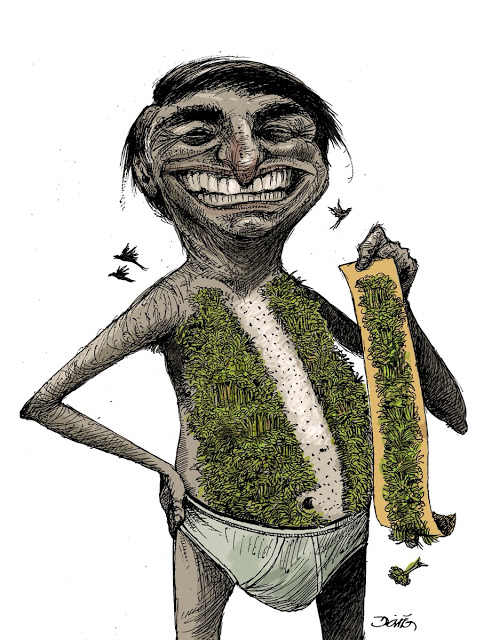 The third prize went to Pedro Silva of Portugal for his rendition of Christine Lagarde, published on the Dutch cartoon platform Cartoon Movement. 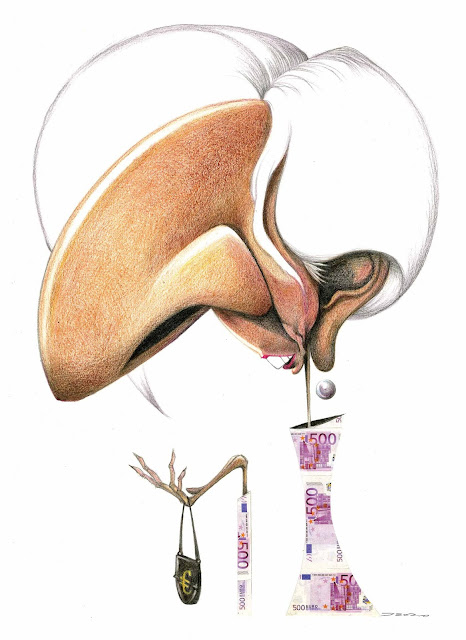 An Honourable Mention was also awarded to Javier Carbajo and Sara Rojo from Spain for Boris Johnson, published in Diario ABC. 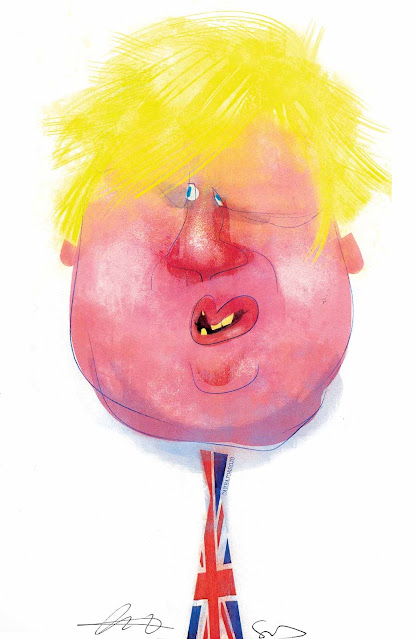 In the Gag Cartoon category, the first prize was awarded to Dimitrios Georgopalis of Greece for Message in a Bottle  published in Real News. 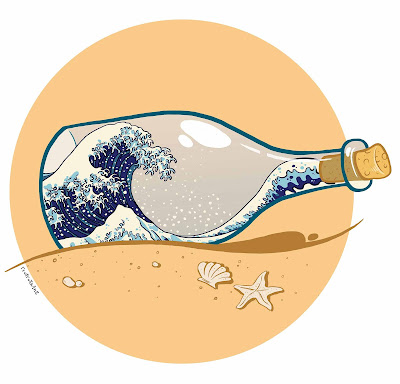 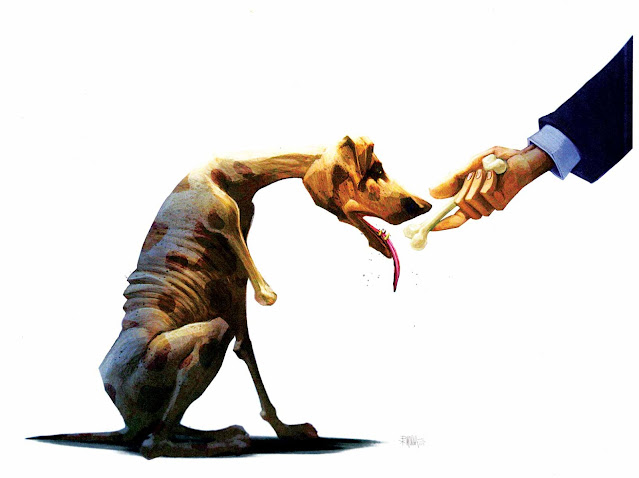 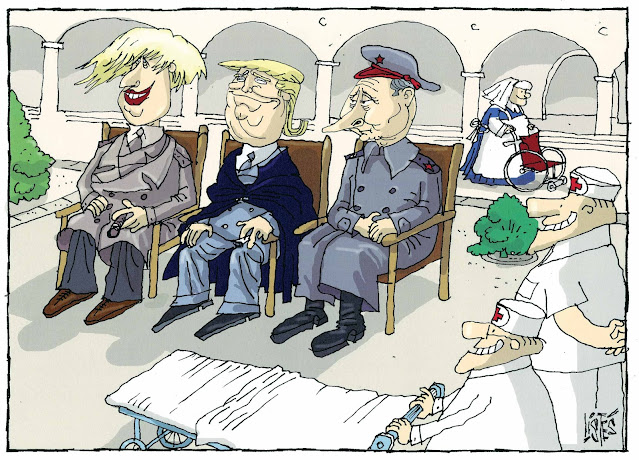 An Honourable Mention was also given to Spain based British cartoonist Anthony Garner (Ant) for Humour has no limits, published on the Dutch cartoon platform Cartoon Movement. 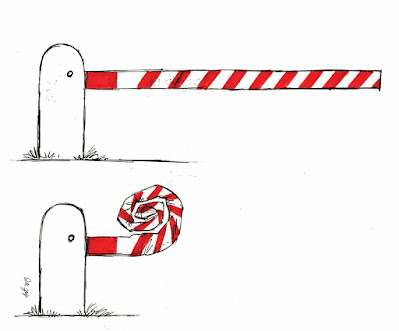 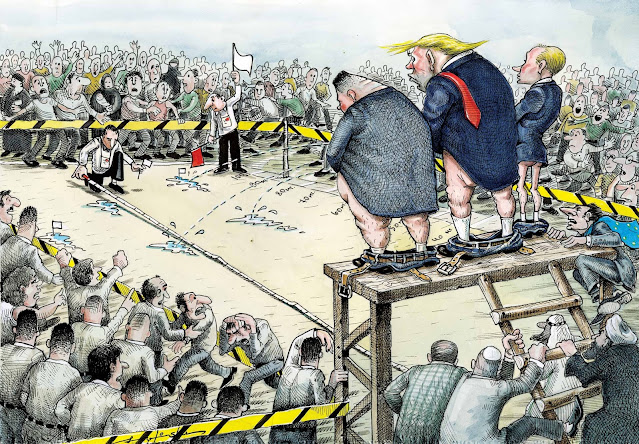 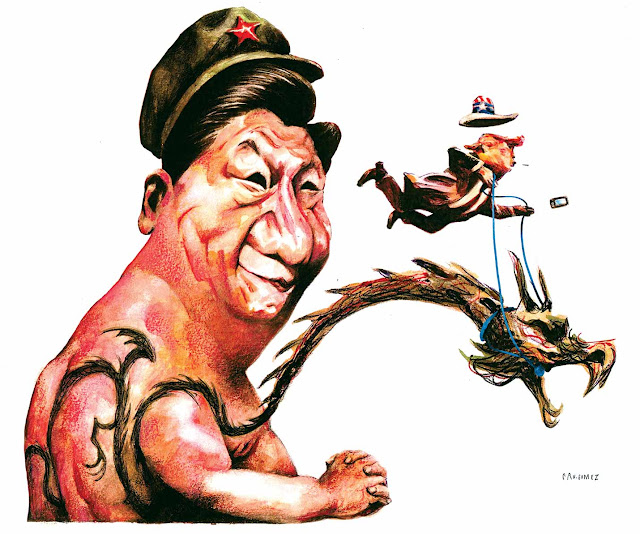 Third prize was awarded to Greek cartoonist Michael Kountouris, for Life Vests and Yellow Vests, from the pages of the Greek newspaper Efimerida Ton Syntakton. 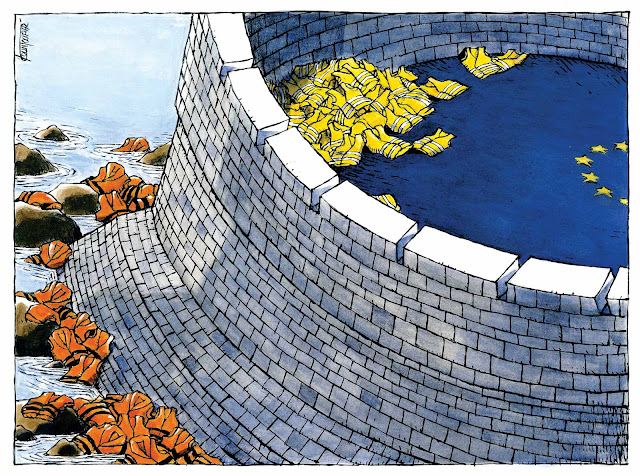 An Honourable Mention was also given to Marilena Nardi for Arm Wresling, published by Left in Italy and by Le Journal du Dimanche in France. 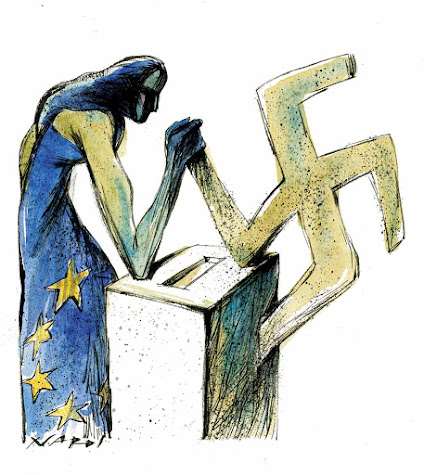 The best works competing for the World Press Cartoon 2020 are on display at the Cultural and Congress Center of Caldas da Rainha, Portugal, with free entry, until November 15.
Published by Bado at 8:29 AM