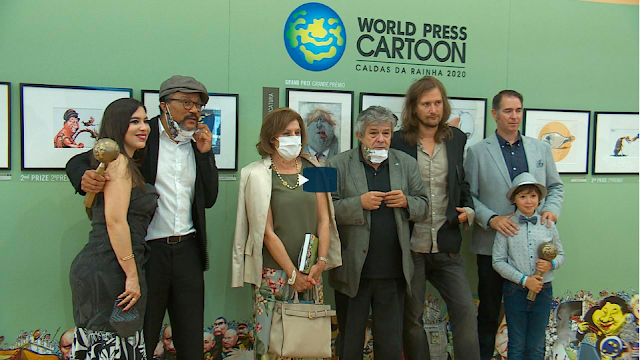 Mandatory masks aside, the coronavirus wasn't able to prevent the 15th World Press Cartoon (WPC) awards event from happening in Caldas da Rainha in Portugal.
This was despite COVID 19-related travel issues preventing six of the nine winners from appearing in person. The six that couldn't make it received the awards and offered their thanks via live videolinks during the ceremony.

The exhibition concentrated on the theme of defending freedom of expression and the liberty of the press, as highlighted by Germany's Frank Hoppmann, who won the Grand Prize with a caricature of Boris Johnson. 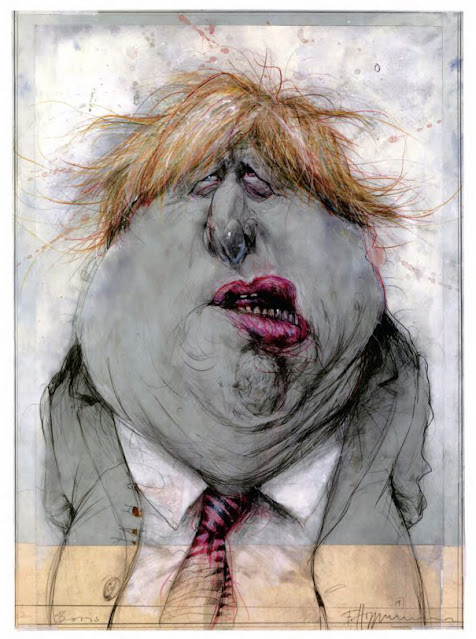 Frank expressed his worries about the current state of the industry:

"It's really a problem that newspapers print less and less satire, cartoons and caricatures. It's all about freedom: freedom of speech and if the newspapers ignore this, then we have a really big, big problem."

Like most honours systems, each year's WPC awards are for work published the previous year.

In 2019, some cartoonists suffered censorship of their work in several countries around the world.

"The pressure on the freedom of the press creates a climate that isn't good for cartoons. There were several cartoonists fired, others censored, others arrested or exiled. I think that those who like freedom can only like cartoons too and so we have to continue that struggle. And bringing the public along with us is our challenge."

In addition to the challenges to the freedom of the press, the 280 entries chosen from around 1000 entries cover other major issues facing the world, from the current climate emergency to the migratory crisis.

Another topic, the trade war between the United States and China, gave Brazilian Cau Gomez the second prize in the category of Editorial Cartoon. 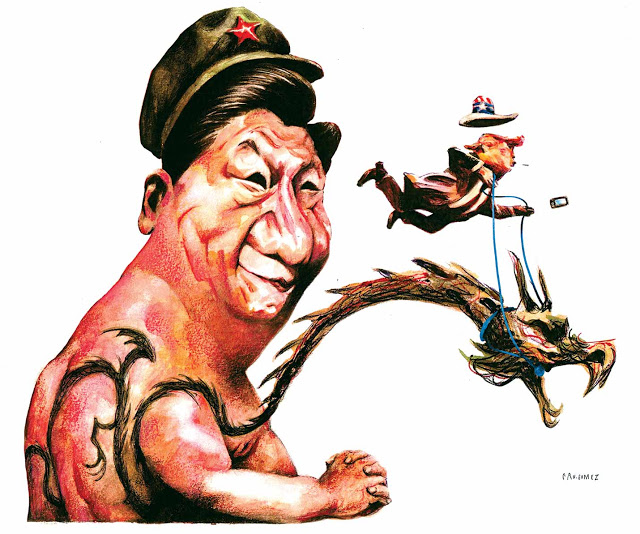 Cau said the topic interested him because of the fall out of the trade war for other nations:

"The rise of China deeply troubles the Americans, who have always had an empire and privileges.Some countries, mainly in Latin America, are paying the bill for that dispute all the time. The side effects are being felt in less privileged countries."

The WPC has taken an often sceptical position regarding social media networks, criticised by many as sources of false stories and fake news.
But the growth and ubiquity of the internet can't be ignored and for the first time, the organisation has accepted works published on the web rather than exclusively in paper editions of newspapers and magazines.
This includes the caricature of European Central Bank President Christine Lagarde by Portuguese cartoonist Pedro Silva, which won third prize in the caricature category. 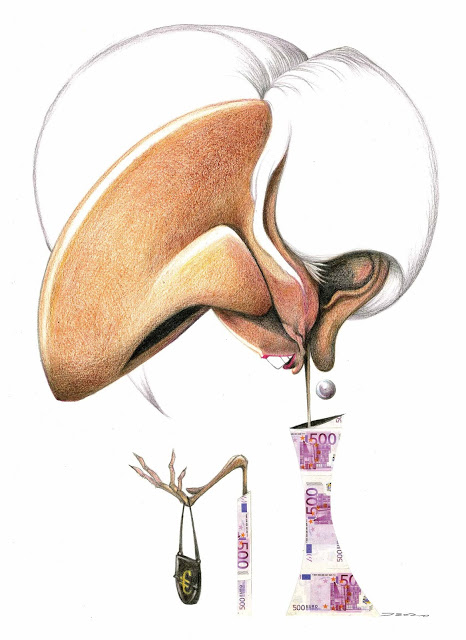 Pedro is pleased with this advance:

"In what concerns the printed press and newspapers as we traditionally know them, it's true that there are increasingly fewer publications. So, for those who like drawing, making cartoons, caricatures, it is increasingly necessary to use these kind of platforms - and then we can reach everywhere."

Opened straight after the award ceremony on Saturday September 19th, the World Press Cartoon exhibition will be on display at the Centro Cultural e de Congressos das Caldas da Rainha until November 15th.

Initially set for last May, the World Press Cartoon awards and exhibition opening had to be pushed back five months because of the pandemic.
This uninvited guest will surely loom large in the cartoons featured in next year's awards and exhibition.
Published by Bado at 5:10 PM