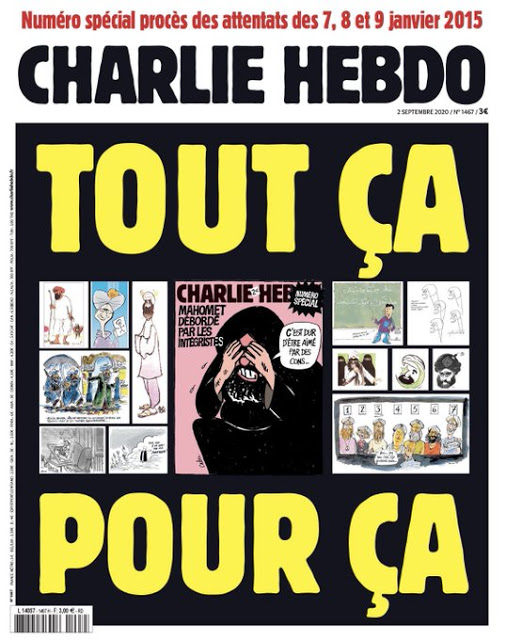 French satirical magazine Charlie Hebdo is reprinting cartoons of the Prophet Muhammad, just as accomplices in the 2015 office attack begin their trial today.
That massacre left a dozen people dead, including some of France’s most notable — and controversial — cartoonists.
Cartoonist Patrick Chappatte talks to host Carol Hills about what's changed in the past 5 years in terms of tolerance for political cartoons.
Published by Bado at 8:09 AM