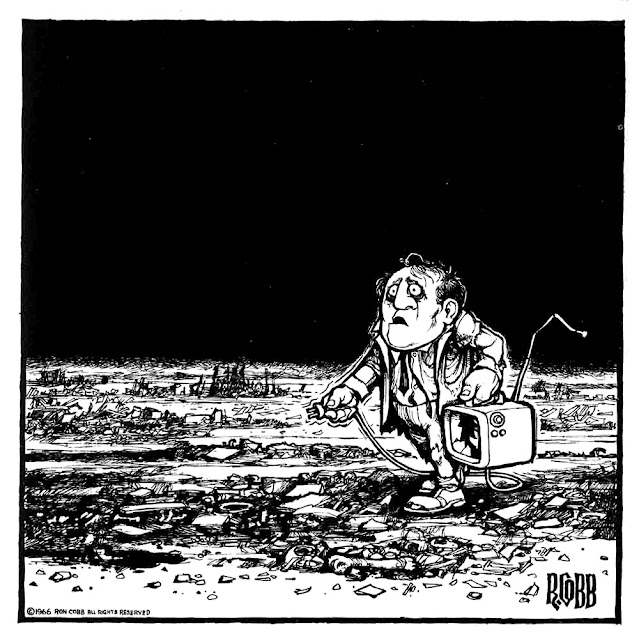 Ron Cobb, the underground cartoonist turned production designer who influenced the making of E.T. the Extra-Terrestrial and helped shape the worlds of Conan the Barbarian, Alien and Back to the Future, has died. He was 83. 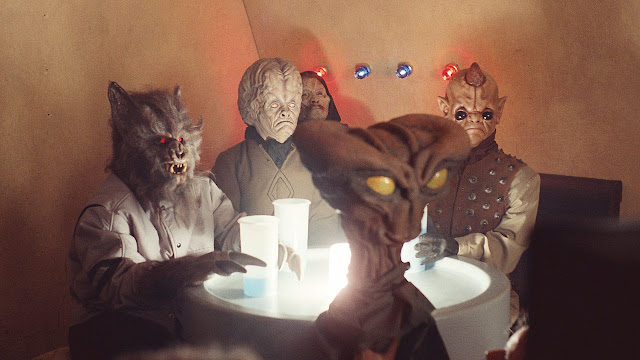 and came up with weaponry and sets for Conan the Barbarian (1982), the exterior and interior of the Nostromo ship in Alien (1978) 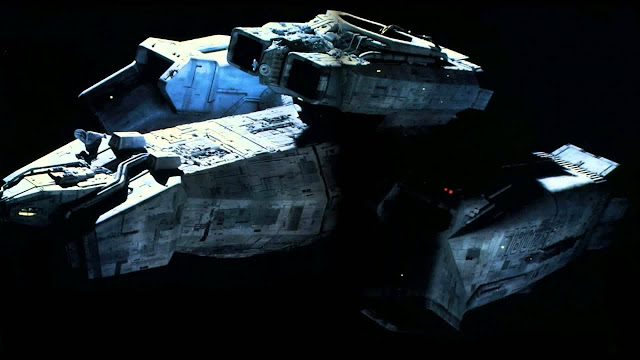 and the earth colony complex in Aliens (1986) and the DeLorean time machine in Back to the Future (1985). 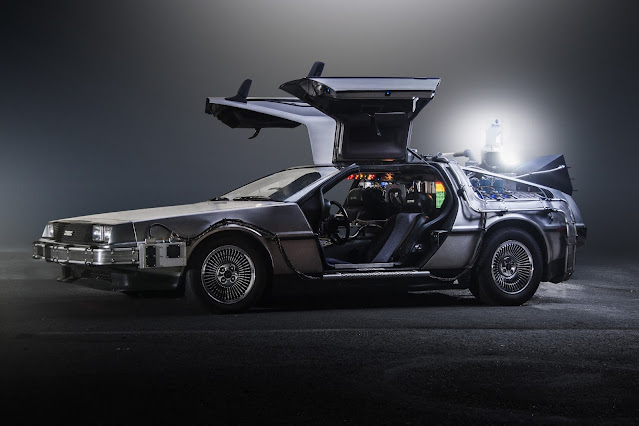 Cobb began his career at Disney at age 17 as an "inbetweener" animator on Sleeping Beauty (1959).

He became a celebrated editorial cartoonist for underground newspapers after submitting cartoons to the Los Angeles Free Press, which in the 1960s was operating out of the basement of the Fifth Estate coffee house on the Sunset Strip. 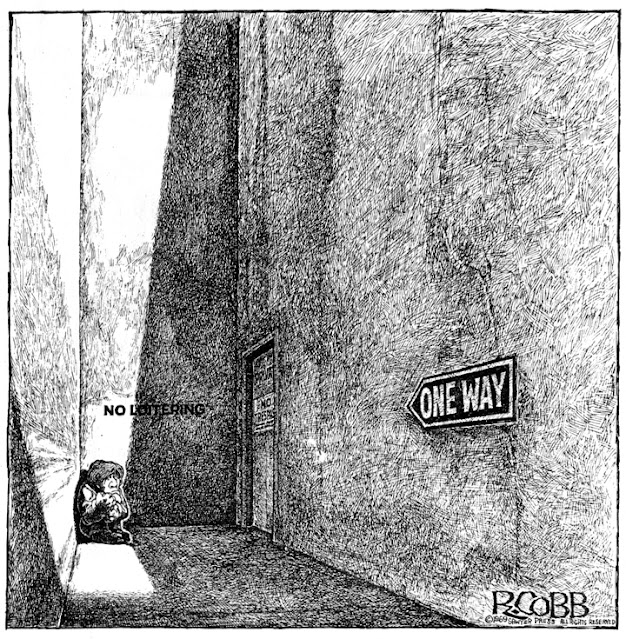 His counterculture work was syndicated in more than 80 newspapers across America, Europe, Asia and Australia. 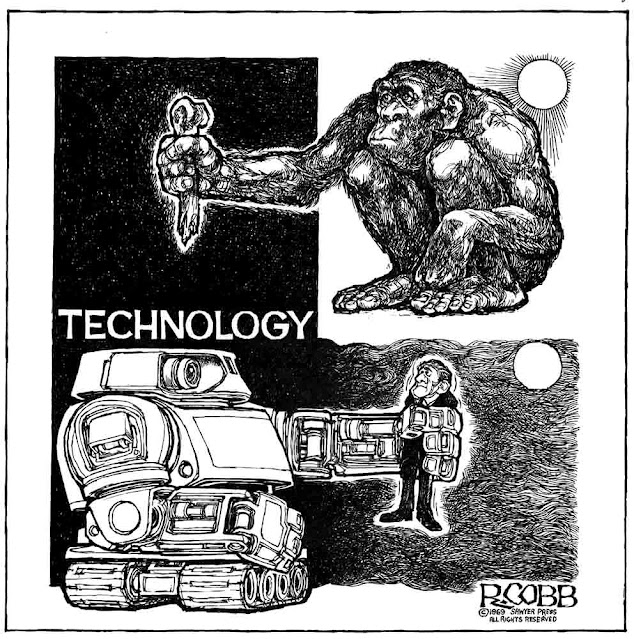 "I'm fascinated with man in stress situations, I'm fascinated with man at a crisis," he told a student newspaper in 1972.
"So I love to create artificial crises, because I think that rather than making a timid, harmless point with a cartoon, I would much prefer to draw someone into a situation where they have to say … 'Yeah! That could happen!' or 'Yeah! … What would I say if that did happen?' — where they have to react."

A collection of his cartoons was published in 1974 and '76 in The Cobb Book and Cobb Again, and his movie illustrations were collated in the large-format publication Colorvision. 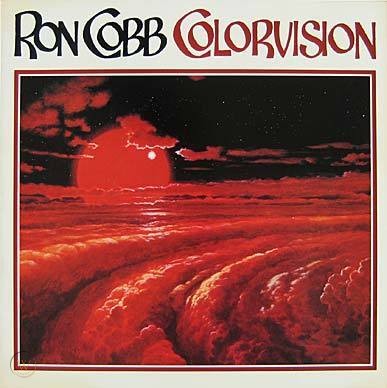 By the time he stopped he was getting upset that he no longer had the edge (at the same time “undergrounds” were becoming “alternatives”):

Toward the end of the sixties and well into the seventies I began to detect a flagging of cartoon ideas, along with a more alarming evaporation of originality.

In the rush to meet my weekly deadlines I began to catch myself subtly using the same, thinly disguised visual paradoxes from earlier panels, to comment on something entirely different.

Also, more political caricatures began to appear confirming my worry that I was exchanging illumination for finger pointing. 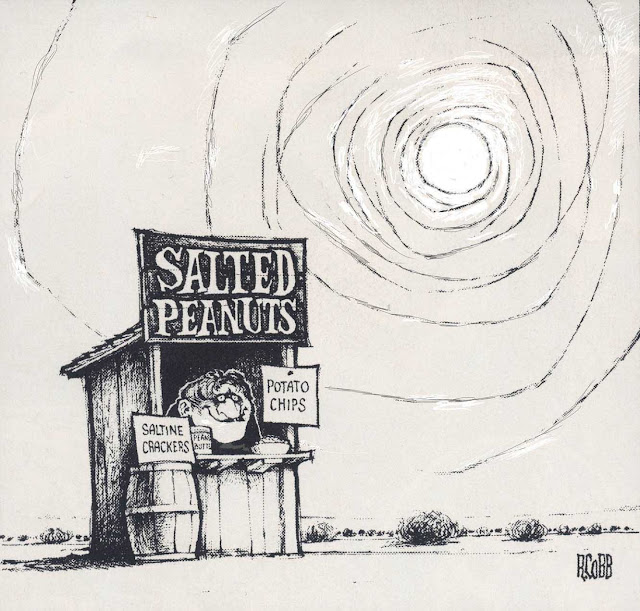 In the early 1970s, Cobb performed speaking tours around Australia and New Zealand on request of the Aquarius Foundation, a cultural branch of the Australian Union of Students.
The tour was run by his future wife, and they would co-write a 1987 episode of the Twilight Zone reboot. 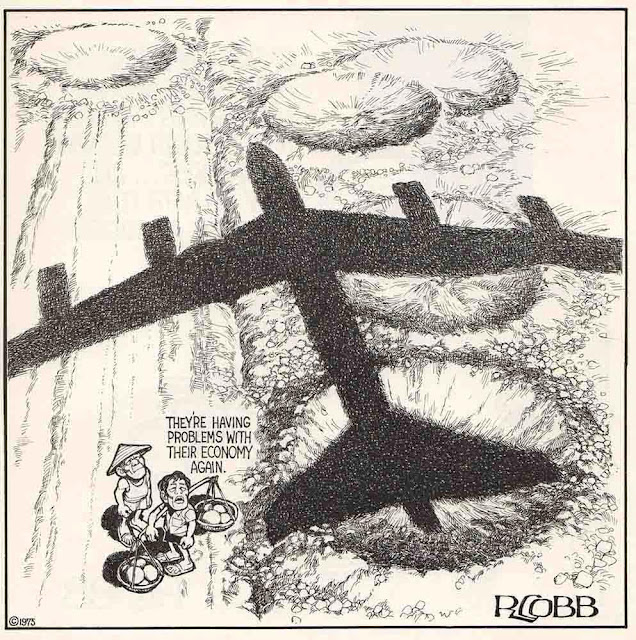 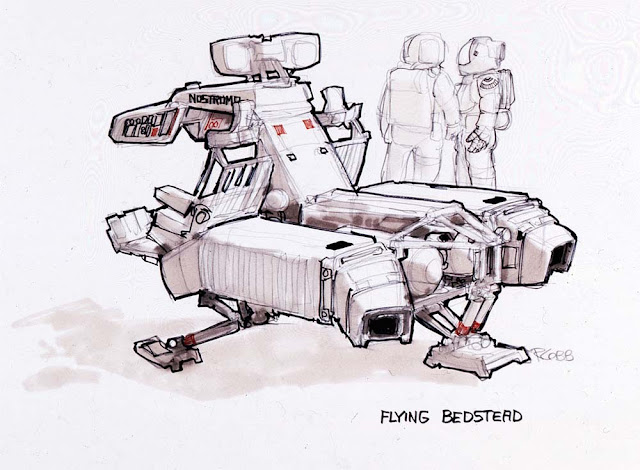 In 1992, Cobb directed Garbo, a small Australian comedy about two rubbish collectors who have an infatuation with actress Greta Garbo.

A former draughtsman with the Army Corps in Vietnam, Cobb is survived by his wife, Robin Love and a son, Nicky.
Bibliography 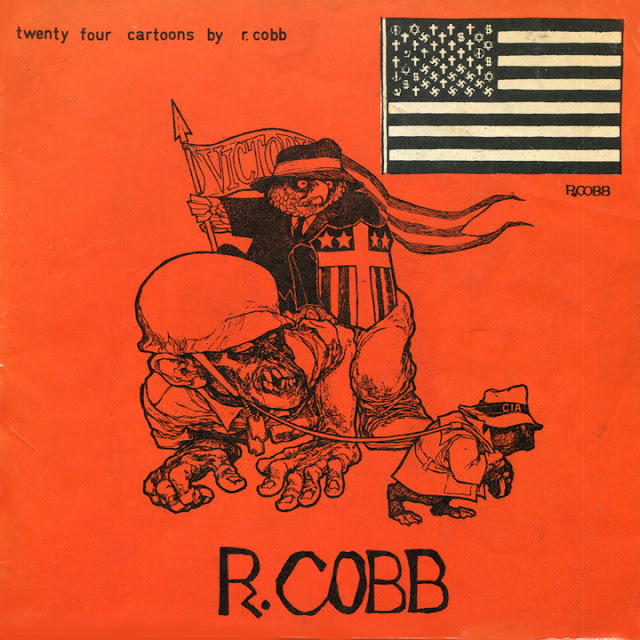 Read also:
"From Alien to Back to the Future: the films of Ron Cobb – in pictures" in The Guardian.
"The cartoons of Ron Cobb" in The International Times.
Published by Bado at 12:00 AM